Much has been made lately of Berkeley physicist Richard Muller’s recent “conversion” to the position that global warming is both happening and stoked by human activity.* But it turns out that the controversial scientist and author has been playing catch-up.

In a statewide survey released Wednesday by the Public Policy Institute of California (PPIC), 60% of Californians polled said that the effects of global warming have already begun. Asking the question in a slightly different way, both the Brookings Institution and the Pew Center for People & the Press found that in 2011, 60% and 63% of Americans, respectively, believed that there was solid evidence that global warming is happening.

Californians took it a step further, however, with nearly three-in-four of the 2,500 participants responding that government should take steps to “counter the effects of global warming right away.” PPIC conducted the survey in July and it includes responses in English, Spanish, Chinese, Korean and Vietnamese.

Interestingly, Californians’ acceptance of mainstream climate science has flagged slightly from its peak from 2006-2008 — about 65%. LIkewise for opinions about the need for immediate climate action, with 80% of people responding, “yes, right away” in 2008. That enthusiasm waned some over the next several years, as Al Gore’s groundbreaking warming documentary faded in memory and critics launched high-profile attacks on the science. The Brookings study indicates that people often connect global warming to the experience of warmer weather, so it may have helped that a severe heat wave has made national headlines this summer.

Californians for the most part favor policies that will help reduce greenhouse gas emissions. Seven -out-of-ten respondents say they support AB 32, California’s law requiring the state to reduce its warming emissions to 1990 levels by 2020. And they support California’s tendency to go it alone, passing stricter regulations and laws than the national standards.

But don’t ask for too many details as a whopping 57% had never heard of cap-and-trade, the system of emission permits that can be bought and sold between companies. It’s the centerpiece of California’s strategy to comply with AB 32 and companies will begin trading permits in November. To be fair to the survey participants, once the policy was spelled out in the question, more than half the respondents said they favored cap-and-trade.

Let’s recap: for the most part Californians believe global warming is happening now, and something should be done about it now, including policies that would force emissions down. Some of the things favored include requiring greater energy efficiency in buildings, higher fuel economy standards in cars and trucks, and encouraging city planners to change land use and transportation strategies in order to reduce the number of cars on the road. The responses to questions about energy production, however, are a bit more mixed.

Respondents were exactly split 48%-48% on whether to allow more oil drilling off the coast of California, and 63% oppose building more nuclear power plants. That number has gone up since the disastrous tsunami and nuclear meltdown at Japan’s Fukushima-Daiichi nuclear plant in March of 2011. Californians are also divided on “fracking,” the controversial process used to extract oil and natural gas from rock formations. Of those familiar with the term, slightly more oppose using the method in California (46-42%). Variations on the technique have been used for years in California’s oil patch. The current debate centers on using the method to wring natural gas out of shale formations.

On the question of renewable energy, Californians overwhelmingly favor of more federal funding to develop wind, solar and hydrogen technology, despite varying reports on the nation’s commitment to renewable energy.

One thought on “Californians Stand By Call for Climate Action” 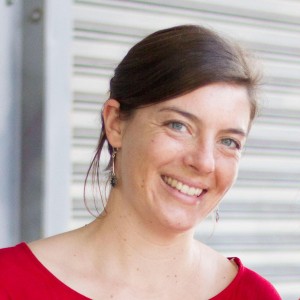