In the weeks to come, Climate Watch will launch a three-part radio series on the nuclear waste dilemma. As part of the reporting for that series, The California Report’s senior producer, Ingrid Becker, traveled to Sweden to examine a program touted as a potential model for the world. This dispatch from Becker is a preview of the series.

How Sweden is getting some to say, “Yes, in my backyard,” Part 1

The country that brought the world Alfred Nobel and his dynamite, Volvo cars and IKEA furniture is busy touting another invention.  The Swedish Nuclear Fuel and Waste Management Company, or SKB, has asked for government permission to build what could become one of the world’s first permanent geologic repositories for spent nuclear fuel.

I’m in Sweden this month to learn just what this environmentally-conscious nation of nine million people can teach us about managing the radioactive refuse from commercial reactors. While the waste from California’s two nuclear power plants — Diablo Canyon and San Onofre – is piling up in temporary storage containers (with still more at the decommissioned Rancho Seco plant, near Lodi), Sweden is moving forward with a program 30 years in the making, to safely dispose of the spent uranium dioxide pellets that fuel its ten reactors

”I believe it has been a strength that industry has had a clear task to solve the (waste) problem,” says SKB’s Chief Executive Officer Claes Thegerström, in a recent interview for the company website. “When we began, we had right from the beginning a mix of experienced people from the industry. We had outgoing academics and, strong authorities, which allowed us – in contrast to the American way – to own the mission.”

This week I’m in Stockholm where we’ll hear more about the Swedish example during a two-day gathering of social scientists, legal scholars, and industry experts, as well as political and community leaders from Sweden and abroad.

One of my first stops on this Scandinavian tour was the underground laboratory where the Swedes are pioneering the so-called KBS-3 concept. The plan is to isolate the nuclear waste in copper canisters buffered by bentonite clay and then bury it 500 meters deep in crystalline bedrock, where it will remain for the next 100,000 years. Last fall, a delegation from President Obama’s Blue Ribbon Commission on Nuclear Waste also came to explore the Äspö Hard Rock Laboratory that sits outside the scenic town of Oskarshamn on Sweden’s east coast. Now it was my turn.

Next post: “Hard Rock Cafe” — Ingrid goes underground to experience the Hard Rock Lab. Later this month she’ll tour the interim storage facility for all of Sweden’s high-level nuclear waste and visit the towns where more than 80% of the population said it would be okay to put a spent fuel repository in their backyard. 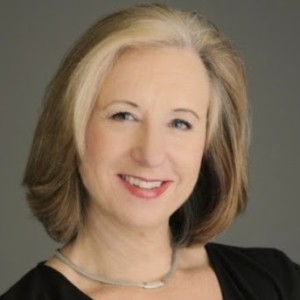 Ingrid Becker is the senior producer for KQED's statewide news service, "The California Report." She joined the staff in 2002 after 16 years working for regional newspapers, online news sites and public media.