Electric car drivers cheered last week when the California Public Utilities Commission (CPUC) and NRG Energy announced plans to invest $100 million in the state’s electric vehicle charging infrastructure. NRG will invest in EV charging infrastructure in exchange for settling claims for overcharges during the 1999 California energy crisis. For the past several months, CPUC and NRG Energy worked behind closed door to establish the terms of the settlement. Opinions on the deal’s fairness are divided.

“The most benefit to rate payers would have been a direct cash settlement,” said Eileen Tutt, executive director of California Electric Transportation Coalition. But instead, NRG proposed an in-kind deal, and CPUC agreed. At first glance, the settlement gives NRG, a New Jersey-based energy industry behemoth, a near-monopoly on California’s electric car charging. The majority of the $100 million investment will go to installing at least 200 480-volt EV fast-charge stations—resembling traditional gas stations in appearance and refueling times. The company will own and charge fees for using these locations, which it calls “freedom stations.”

“We did not have the total cash option,” said Nancy Ryan, deputy executive director for policy at CPUC. “The choice we had was to get the best deal today that was primarily in-kind with a cash component, versus continuing to litigate for years and years, and still maybe coming up with nothing.” The CPUC insisted on two key provisions: serving the state’s policy goals for electric transportation, and getting at least some cash for ratepayers. The final settlement includes $20 million in cash.

NRG is pleased with the outcome. “The settlement guarantees EV investment at a much higher rate and a much higher speed than would otherwise be done,” said David Knox, NRG’s director of communications.

Jay Friedland, legislative director for Plug In America, an electric car advocacy group, also likes the settlement. “At first, we questioned whether or not CPUC negotiated well.” After learning more, Friedland said the CPUC “got a pretty darn good deal, but the devil is in the details.”

Those exact terms will not be known for another month or so, but there are clear signs that CPUC put teeth into the deal.

For the first five years after installing a station, NRG can’t require EV drivers to pay a monthly subscription fee, as it does with its eVgo Network in Texas. Instead, the public will have open access on a pay-as-you-go basis. Fees for fast charging are capped at $10 per session during off-peak hours, and $15 during peak hours.

NRG can put stations where it likes, but within constraints: 55 stations in the Bay Area, and 110 stations in and around Los Angeles. The rest will be divided between San Diego County and San Joaquin Valley.

Approximately $40 million must be spent on preparing workplaces, multi-family dwellings and other locations allowing people without garages to gain access to EV charging. These so-called “make readies” lay groundwork—such as conduits, power upgrades, and stubs—for equipment installation to occur later. Property owners, not NRG, will own the locations. NRG has the exclusive right for 18 months to sell equipment and related services to the property owners, after which those locations are open to competition.

CPUC acknowledges that it will receive some criticism for allowing NRG to earn a profit. However, the agency insists the settlement is consistent with CPUC policy. “If NRG puts charging stations where people use them, and drivers are willing to pay to use them, then we’re getting value for ratepayers,” said CPUC’s Ryan. “We’re building a network to make it attractive and appealing to buy and drive electric vehicles.”

See other posts from this series. 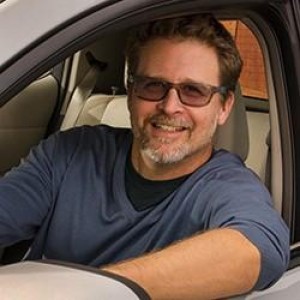 Bradley Berman is a leading writer and researcher about electric cars and green transportation. He regularly contributes driving reviews and technology articles for The New York Times, Reuters, Mother Earth News and other publications. Bradley is a contributor to Home Power magazine, where he serves as transportation editor. He also works as a research analyst of industries related to advanced technology vehicles for Pike Research, a clean technology market research firm. He serves as a consultant to eBay for its Green Driving Center, part of eBay Motors. Bradley is frequently quoted in major media outlets, such as USA Today, National Public Radio, CBS News, Christian Science Monitor, CNBC and MarketWatch. He was the founder of HybridCars.com and PluginCars.com, two influential consumer information websites about green car purchase decisions. He earned a Masters Degree in Film and Television from New York University.