Imagine if Tesla, Nissan and GM could cut the price of their electric cars by 25%. That electric dream may be a wee bit closer than you think, thanks to researchers at Stanford University.

Recently a team from Stanford’s SLAC National Accelerator Laboratory announced a new method to analyze and potentially improve rechargeable battery technology in a radical way. A cheap, reliable rechargeable battery is the holy grail for electric carmakers that rely on costly lithium ion batteries for power. Instead of the usual pairing of a lithium compound with graphite, the study examined lithium-sulfur batteries, which in theory can store five times more energy at a significantly lower cost.

The affordability factor has long been a challenge for climate-conscious carmakers who want to fuel their vehicles with oil-free energy. Batteries can cost as much as half of the electric vehicles they power, so significant cost reductions in battery production could potentially make electric cars cheap enough to gain mass market appeal.

The study used high-power X-ray imaging to analyze what happens inside a lithium-sulfur battery when the battery is running. To date, such batteries have had short life spans, failing after only a few dozen charges and discharges. This made them unsuitable for powering electric cars, which require thousands of cycles over their lifetime.

In previous experiments, this short lifespan was attributed to the chemical reactions that were thought to deplete a key part of the battery known as the sulfur cathode. But the new analysis by the study’s co-author, Johanna Nelson found “only negligible changes in the size of (sulfur) particles.”

These detailed images help researchers understand exactly what happens when the battery material swells and cracks, ultimately leading to failure. Solutions such as “encapsulating” the sulfur in a carbon shell can then be explored. In the future, Michael Toney anticipates that three-dimensional images, X-ray diffraction and X-ray spectroscopies will offer even greater insights and other ways to improve the performance of lithium-sulfur batteries.

Sion Power, the Arizona based company, is already working on a lithium-sulfur battery in collaboration with the Lawrence Berkeley National Lab and received funding from the Advanced Research Project Agency – Energy (ARPA-E). Earlier this year, BASF, the German chemical company invested $50 Million in the company.

But it’s still a long road from the lab to cheap batteries and affordable electric cars. To put this in context, Silicon Valley’s Envia Systems got worldwide kudos for its recent breakthrough in energy density testing for an advanced lithium-ion battery, but safety and lengthy life cycle testing is still ongoing.

The race for the holy grail of cheap reliable battery technology is heating up. Researchers from the University of Southern California just published results of significant efficiency gains for iron-air batteries, ideally suited for solar power storage.

Researchers at the University of St. Andrews in Scotland are researching the rather incredible  lithium air battery, using gold electrodes. Other multinationals like IBM, Panasonic, LG Chem are also working on new battery technology, but that game-changing breakthrough has proved elusive so far.

Meanwhile, every electric car maker will be paying close attention and willing the researchers to put their pedals to the “right” metal and make a commercially viable and cheap battery sometime soon. Like tomorrow… 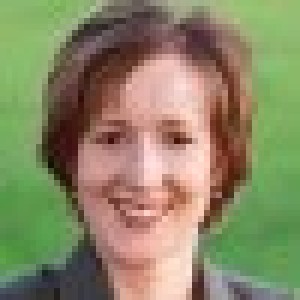