I don’t know Mark Cowin, the director of the state’s Department of Water Resources. I haven’t even met the man, in person. But after listening to and reading his pronouncements about the state’s water supply, I’d guess he’s a guy who would barely crack a smile if he found himself holding a winning lottery ticket. I hazard that opinion because even after today’s great news about the Sierra snowpack–which is a little like finding out the state has won its annual water lottery–what Cowin emphasizes is that California isn’t out of the woods after the dry spell of 2007-2009. But more about that to follow. First, the details on the DWR’s final Sierra snow survey.

DWR announced on Friday that statewide, the water content stored in the Sierra snow is at 143% of normal for the date; 188% in the northern Sierra, 121% in the central mountains, and 139% in the southern reaches of the range. Up and down the Sierra, those figures are more than double the levels of the past two years, and are up to seven times as much as surveyors found in the bone-dry spring of 2007.

Last week, the Department announced it would increase allocations from the State Water Project to 30% of the amount requested from 29 urban and agricultural customers. Today’s snowpack news prompted the department to say that it’s likely to increase deliveries. How much? “Only marginally,” Cowin said in a phone interview this afternoon. “We’ll have to run the numbers, and we’ll probably make that determination in the next week or two.”

How much water will State Water Project customers get, eventually? Let’s run some numbers of our own.

The main reason the department cites for the very tight supply in the midst of a year of “normal” precipitation is the continuing below-average levels at California’s biggest state-owned reservoir, Lake Oroville. As of Friday afternoon, the lake is at 72% of normal for the date and about 60% full. But the stats that Cowin’s water geeks are crunching aren’t about the level today, but where they guess it will be as runoff begins to pour from the snow-blanketed mountains through the Feather River watershed into Lake Oroville. DWR officials have insisted that it believes runoff will be held down because of dry conditions caused by the last three drought years. You wonder if they’ll still believe that after assessing the impact of an unusually wet April and its impact on the snowpack.

While pondering that, here are some other numbers to consider if you want to play what I’ll call the State Water Project Allocation Game:

Considering all of the above—last year’s deliveries, the snowpack, the sudden late-season surge in Lake Oroville’s levels—it’s a no-brainer that water deliveries will at least match last year’s 40 percent. The question is whether the allocation will go higher. All Cowin would say on that subject today is that he thinks that 45%, the amount DWR described two months ago as the upper limit for shipments this season, is still accurate.

But Cowin did say, as he has more and more frequently of late, that a preoccupation with the this year’s water level misses the point about California’s water reality.

“That’s why we’re so concerned when we get the black and white question, ‘Is the drought over,'” he said. “We are in a period of long scarcity in California. We have no idea what next year’s water supply picture will look like. It’s possible we could have two or three more dry years in a row. So we’re trying to get a message out that we need to have a new attitude about how we use water in California, and it shouldn’t depend on this week’s outlook. We need to conserve water just as a way of life.”

If you want to explore the state’s water supply picture for yourself, check out our California Reservoir Watch map, below: 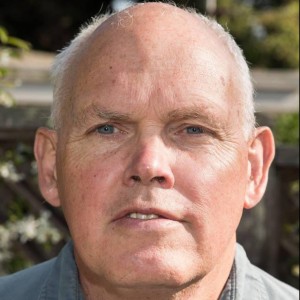 Dan Brekke is a blogger, reporter and editor for KQED News, responsible for online breaking news coverage of topics ranging from California water issues to the Bay Area's transportation challenges. In a newsroom career that began in Chicago in 1972, Dan has worked as a city and foreign/national editor for The San Francisco Examiner, editor at Wired News, deputy editor at Wired magazine, managing editor at TechTV as well as for several Web startups.

Since joining KQED in 2007, Dan has reported, edited and produced both radio and online features and breaking news pieces. He has shared in two Society of Professional Journalists Norcal Excellence in Journalism awards — for his 2012 reporting on a KQED Science series on water and power in California, and in 2014, for KQED's comprehensive reporting on the south Napa earthquake.

In addition to his 44 years of on-the-job education, Dan is a lifelong student of history and is still pursuing an undergraduate degree.