In a state with about 15,000 lakes and more than a quadrillion gallons of groundwater, it’s hard to believe that water could ever be in short supply. But across central Wisconsin, in a region known as the Central Sands, residents have watched water levels in lakes and small streams drop for years. Experts say the culprit is largely the burgeoning number of high-capacity wells, primarily for irrigation.

For some, the question is this: Who needs the water more — the potato plants or the trout?

“We view ourselves as good guys, we’re raising the food, we’re getting dirty doing it, we listen to cowboy songs on the radio, how can we be to blame for anything? It’s not easy confronting that we just might be the bull in the china shop.” — Justin Isherwood, a Central Wisconsin vegetable grower with about a dozen high-capacity wells. 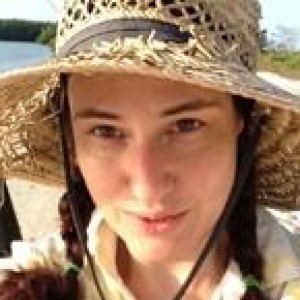 Kate Golden, multimedia director and reporter
Golden specializes in environmental stories and data visualizations, and is handy in print, radio, video, photo and online media. She came to the Center from Alaska, where she reported on natural resources and business for the Juneau Empire. Before she got into journalism, Golden spent a year studying lowland gorillas in central Africa and collected oral histories in Zanzibar; she has also worked as a photographer. Her work has appeared in Marketplace, washingtonpost.com, and many an Alaska news outlet. Golden has degrees from Stanford University and the University of California, Berkeley.