Parts of New York and New Jersey are still reeling from Superstorm Sandy, an event that brought climate change and the threat of sea-level rise front-and-center. It’s a looming problem for all coastal cities, and one that San Francisco has been pondering since long before Sandy struck.

Along San Francisco’s western shore, the Ocean Beach Master Plan is a kind of test case for sea-rise planning. It calls for big changes, including a strategy known as managed retreat.

A taste of what’s to come

You don’t need a crystal ball to see how encroaching seas will affect San Francisco.

“What we’re walking on right now is the former southbound lane of the Great Highway in San Francisco,” says Tom Prete, the founder of the Ocean Beach Bulletin, an online news site that covers the neighborhoods along San Francisco’s Pacific shore.

“In the winter of 2010, the city closed this portion of Great Highway because of erosion that was endangering the road,” he explains. The side of the road closest to the beach is now blocked off by concrete barriers. Traffic has been rerouted onto what was once the median, to avoid the receding sandy bluffs.

“It was something that was sort of done in an emergency,” Prete says.

Now, rather than just reacting to what’s happening out here, San Francisco is planning ahead. The road map for this more proactive approach is the Ocean Beach Master Plan, a sweeping set of recommendations intended to be implemented over the next few decades as the ocean relentlessly carves away the coast.

“It wants this land back,” Prete says. And it’s taking it.

Last year the National Academy of Sciences projected that in this part of California, sea level could rise nearly a foot by 2030. And by the end of the century, if current warming trends continue, it could be more than four feet higher.

Here at Ocean Beach, no private homes are in immediate danger, but on the line is millions of dollars’ worth of infrastructure: the four-lane highway and a waste water treatment plant. And there’s the beach itself, part of the Golden Gate National Recreation Area, used by surfers, dog-walkers, joggers and bundled up beach-goers (this is not San Diego).

Sea level rise is a looming threat, but erosion is nothing new.

“It’s at least partially — I would argue, largely — a man-made problem,” says Bob Battalio, a coastal engineer at the consulting firm ESA PWA who is working on the Master Plan. He says the Great Highway isn’t just a casualty here; it’s part of the problem.

It opened in 1929 to much fanfare. But it wasn’t exactly built on Terra Firma: the city flattened coastal sand dunes and pushed the shoreline about 200 feet out into the ocean.

“It was progress I guess at that point,” reflects Battalio.

But the ocean has been pushing back ever since and the Great Highway isn’t looking so great anymore, with pieces of parking lots crumbling onto the beach. The bluffs below it are strewn with sandbags, boulders and concrete: failed attempts by the city to stem erosion.

Climate change will make it all worse.

“It’s kind of like trying to hold a pendulum, and it’s going to try to go back to where it wants to be,” says Battalio. “Otherwise you have to hold it there.”

Retreating from the rising tide

The most dramatic recommendation in the Ocean Beach Master Plan is to let go of the pendulum.

“Everything’s easier if you move back,” Battalio explains. “So ultimately what we’re trying to do is what we call ‘managed retreat.'”

Under the plan, San Francisco would close one end of the Great Highway, reroute traffic about a half-mile inland, and let the ocean come back. Battalio says it comes down to engineering and economics.

“As a surfer and somebody who’s studied waves and the like, I think it’s fine if people want to live on the coast,” he says. “But I don’t think it’s okay to take public money and build structures that adversely affect the beach. I don’t want my money going there.”

Translating high-concept plans to work on the ground

The plan would cut down on those kinds of costs, but it isn’t cheap, either. Estimates for completing all the recommendations are just north of $350 million. Funding has come through for some initial studies, but the vast majority of that money has yet to be raised.

“A lot of the things we’re recommending at Ocean Beach are very expensive,” says Benjamin Grant, who manages the Ocean Beach Master Plan for the San Francisco Planning and Urban Research Association (SPUR). “But you have to set them against the costs of the band-aid measures already taking place.”

Dive into the plan and Explore SPUR’s Ocean Beach website

SPUR is acting as a facilitator for the project, bringing together the myriad city, state, and federal organizations involved.

“We can’t close our eyes to what’s coming and it’s definitely going to get worse and not better,” Grant says. “If we can find a way to work with those processes to achieve the kinds of outcomes and build the kinds of places we want to have in our city, then we’ll be ahead of the game.”

Two other California cities, Pacifica and Ventura, have both undertaken smaller managed-retreat projects. And other places, including New York City and the states around Chesapeake Bay, are beginning to put together their own climate response plans.

For San Francisco, completing the big vision of the Ocean Beach Master Plan is just a first step. Some traffic and engineering studies are underway now, but they’re just the beginning of a decades-long process that will affect the shape of our coast and the lives along it.

The plan also will be closely watched by other coastal cities around the United States, as the sea continues its slow but steady rise. 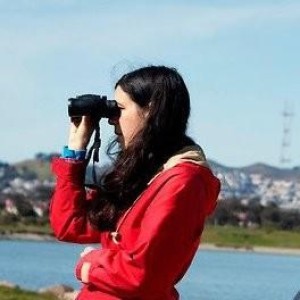