As long as I can remember, I’ve wondered about the inner lives of animals in the wild. I spent many a Sunday evening sprawled wide-eyed on the living room floor mesmerized by Marlin Perkins’ “Wild Kingdom,” puzzling over the ways species exotic and familiar navigate their world.

The show pioneered the use of documentary footage to explain complex ecological interactions and raise awareness about the threats facing wildlife around the globe. I was barely five when I starting watching it, but the show had a profound effect on my view of the natural world. Far from the peaceable kingdom in my bedtime stories, Perkins gave me an object lesson in Tennyson’s nature red in tooth and claw.

I could never bring myself to watch the inevitable encounters between gazelle and cheetah, lion and wildebeest, Perkins’ avuncular narration doing little to mollify my discomfort. (His lessons in survival of the fittest included starving lions who never mastered the art of the hunt.) Still, I accepted them as the way of the wild, scenarios born of intricate ecological interactions that evolved over a time scale I had yet to grasp.

You might think the movie’s title, “Alaskan Safari,” would have been a giveaway. But we weren’t big on hunting. For us, “safari” meant travel to exotic places to watch wildlife, not kill it.

I thought of that movie on a recent trip to Alaska, my first. Nearly everyone I met in the little town of Haines, a four-and-a-half-hour ferry ride north of Juneau, cited the rugged beauty of the landscape as the main attraction though disdain for rules, regulations and other people seems, for some, to run a close second.

In Haines, many people still make a living or stock their pantries from the resource-rich land. Most smoke, dry and can enough salmon to make it through the winter. Some take a moose during the three-week hunting season, more than enough meat to feed a family of four for a year.

The hunters I talked to pride themselves on their intimate knowledge of the landscape and its inhabitants, and on having the wherewithal to feed themselves from the marine and terrestrial bounty around them. They’re a different breed of hunter from the trophy hunters celebrated in “Alaskan Safari.”

Trophy hunters still travel to Alaska to shell out big bucks to the 539 big game outfitters registered in the state. Hunters pay thousands of dollars for the chance to shoot musk ox, caribou, polar bears (yes, polar bears), black bears, wolves, Dall’s sheep and of course grizzlies, which can command up to $14,500. (By state law, non-residents must hunt with a registered guide.)

Not surprisingly, the history of big game hunting in Alaska features a rogues’ gallery of guides deploying everything short of rocket launchers to guarantee kills. One technique uses low-flying planes to frighten animals into the path of waiting hunters.

As it turns out, that’s exactly what Ron Hayes, the director of “Alaskan Safari,” did to keep his clients happy. A US Fish and Wildlife Service agent called him “probably the most notorious bandit guide that ever lived,” after Hayes was convicted in 1987 for illegally hunting grizzlies by plane. Hayes was forced to forfeit several planes, fined thousands of dollars and served two years in jail. (While in jail, the same FWS officer convinced him to tell other hunters about the negative impacts of poaching in educational videos.)

Hayes now runs a fishing lodge in Alaska. On his Web site, he boasts about taking Jimmy Dean, Cornell Wilde, William Shatner and Lee Majors on hunts. He acknowledges that poaching was neither sporting nor ethical. “If I had to do it over again, I would do it legal,” he says. “But that doesn’t take away the fact that we were good at it.”

In a 2003 paper in the journal Visual Studies, two sociologists reviewed hundreds of photos in 14 popular hunting magazines, looking for themes in the photos of carcasses. They tested the notion in traditional hunting narratives that trophy displays pay tribute to the beauty of nature and wildlife.

“Instead of love and respect for nature and individual animals,” the researchers reported, “we found extreme objectification of animal bodies, with severed deer heads and cut-off antlers representative examples of the contradiction in the love-of-nature hunting stereotype.”

During my short stay in Haines, I learned how the Tlingits—who call themselves the People of the Tides—view the wildlife they’ve lived with for thousands of years. Like other indigenous people, they believe that all the animals (and the rivers, rocks and plants) have spirits just like us. They wear symbols of the animals to make their spirits feel more concrete.

The bear holds a special place in Tlingit mythology. Considered a close human relative, the bear symbolizes the connection between animals and humans.

Until recently, researchers knew very little about the inner lives of bears. But two preliminary studies published since August showed that captive black bears can “count”—recognize the number of dots in an image—and learn concepts, suggesting the average bear is indeed pretty smart. Study author Jennifer Vonk, a comparative psychologist at Oakland University in Michigan, told National Geographic News that bears have been neglected by cognitive scientists but “may show abilities similar to species more like humans.”

So bears are, as the Tlingit believe, a lot like us. Bears, however, hunt only to survive. They eat what they kill. That’s the way of nature.

Trophy hunters — people who kill for entertainment, or to gratify their egos — are a whole different breed. 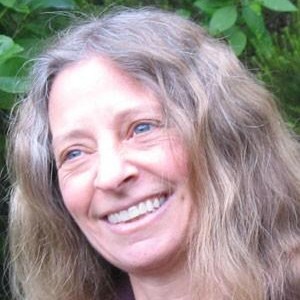