Nestled among the trees, streams and undeveloped land in Northern Wisconsin rests an environmental, societal and political challenge. The pristine area, with its proximity to Lake Superior, the largest fresh-water lake in the world, is why its residents choose to live there, but the area is also home to 25 percent of the country’s iron ore reserves, a commercial value of $200 billion.

Pete Rasmussen and Jamey Francis embody the conflict residents in the area face. Both are from the area. Both went away for college. Both moved back to enjoy what the area had to offer. However, the former doesn’t want to risk the change an iron ore mine could bring, the latter feels the mine would staunch the change that’s already occurred.

The four and a half mile stretch of land in question straddles Ashland and Iron Counties in an area colloquially called Wisconsin’s Northwoods. Since 1965, Iron County, an area where a history of mining is celebrated through streets signs and family history, has seen its population decline by 80 percent. Some, like Francis, see the proposed mine and the thousands of jobs it offers either directly or indirectly as a chance to save the county with the one of the highest unemployment rates (8.6% in September) in the state.

“There’s not going to be any opportunity that I can see in the near future other than this mine,” said Francis, an apparel salesman and city councilman in the town of Hurley. “This is an economic game changer.”

The company proposing to develop the mine, Gogebic Taconite (GTAC), has sponsored community events for most of the last year and held open houses throughout the region in an effort to drum up support. GTAC has also lobbied Wisconsin lawmakers to change state law to treat ferrous mining separately from sulfide mining as Michigan and Minnesota do. Iron ore mining uses water and magnets to extract the iron while sulfide mining uses chemicals to remove the deposits.

Among the legislative changes the company wants is a finite time line for the Department of Natural Resources to approve or deny a permit request. GTAC is also interested in being granted the ability to mitigate damages to currently protected wetlands by creating 1 ½ acres of wetland for every acre damaged in the process.

Critics fear the legislation is code for simply ramming through a strip mine without concern to the environment.

“The possibility of poisoning the water for future generations isn’t worth it to me,” said Rasmussen, a freelance photographer, web developer and carpenter in the area. “We’ve known it would be a struggle up here to get by, and it is for a lot of folks and they have to maybe take a couple of jobs. But it’s worth it. It’s part of the price you pay to live in such a beautiful place. And we’re here to protect that.”

The Republican-led legislature is moving forward with legislation to change Wisconsin’s mining laws in order to “get people back to work.” The head of the State Assembly, Rep. Jeff Fitzgerald (R), says there’s “no more important an issue” facing lawmakers in the next few months. 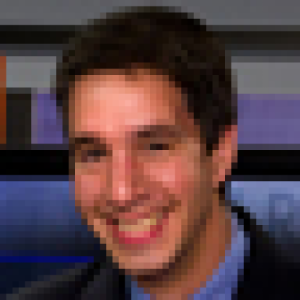 Adam Schrager is a Producer/Reporter at Wisconsin Public Television. He has covered politics for nearly 20 years in Denver, Colorado, La Crosse, Madison and Milwaukee, Wisconsin. Schrager has won more than twenty Emmy awards. Schrager is the author of the book, The Principled Politician and co-author of The Blueprint: How the Democrats Won Colorado (and Why Republicans Everywhere Should Care).

Schrager has a bachelor’s degree in history from the University of Michigan and a master’s degree in broadcast journalism from Northwestern University.

He lives in Madison with his wife, Cathy, and their daughter, Harper, and their son, Clark.