“You’re taking your life in your own hands if you go waterskiing on some parts of the Illinois River,” observes aquatic invasive species expert Phil Moy of the University of Wisconsin Sea Grant.  He’s talking about the Silver Asian Carp that have infiltrated much of the Mississippi River System.

The threat to life and limb comes from the carp leaping out of the water when startled by loud noise, like the roar of an engine.  It’s changed life and culture in communities along the Illinois River south of Peoria.  Bath, Illinois, hosts an annual Redneck Fishing Tournament where fisherman compete for the largest haul of Silver Carp either by catching them mid-air with a net or just letting them flop into the boat.  The most recent competition netted nearly nine thousand of the invasive fish.

The changes in the river have been much more dramatic, and destructive, for native species.  The Silver carp and the related Bighead carp are crowding out more desirable fish.  “They are quite prolific and they can compete directly with other fish that eat the plant plankton or animal plankton.  And animal plankton forms the first food for essentially every sport fish species,” says Moy.

That voracious appetite for plankton is the reason Asian carp were first imported to the United States.  Commercial catfish farmers in the South employed them to keep their ponds clean and clear.  But flooding allowed the fish entry into the Mississippi ecosystem. As carp populations have expanded northward, the fish have gotten closer and closer to Lake Michigan.  If they become established in the Great Lakes, they have the potential to wipe out a seven billion dollar fishery.  “The commercial fishery regularly refers to itself as the largest fresh water fishery in the world” says Peter Annin, author of The Great Lakes Water Wars.

“Once the toothpaste is outside the tube, it’s really hard to put it back in.  And so, there’s a lot of effort, energy going into preventing these Asian carp from ever entering the Great Lakes,” says Annin.

The most direct route for the carp to reach Lake Michigan is through the Chicago Sanitary and Shipping Canal which connects to the Des Plaines River which flows into the Illinois.  The canal is a man-made link between the Mississippi and Great Lakes water systems constructed over one hundred years ago.  It was a way for Chicago to flush its sewage away from Lake Michigan, the source of its drinking water.

To create a chokepoint to prevent the fish from getting any closer, the US Army Corps of Engineers has maintained an electric barrier on the canal.  “Like a cattle fence that keeps those fish from moving to the next basin,” says Kevin Irons of the Illinois Department of Natural Resources.

The barrier works by sending electrical waves into the water that repel fish.  While it has been proven effective on test fish with transmitters, evidence of Asian carp upstream of the barrier has raised questions and a call to close the canal.

“For years, environmentalists have called for the closure of the Chicago artificial connection,” says Annin.  “They were kind of laughed away.  The laughter has subsided somewhat in recent years because of the threat of the Asian carp knocking on the door of the Great Lakes.” 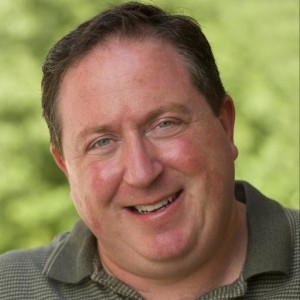