FRIDAY HARBOR, SAN JUAN ISLAND – How do we distinguish orca sounds from other underwater noise?

Val Veirs, the owner of Orcasound, uses custom software to detect interesting sounds recorded by his hydrophones. When a sequence of sounds displays a particular harmonic structure, it gets converted into an .mp3 sound file that is uploaded into a database for further research.

But how exactly do hydrophones work?

When underwater sounds push against a hydrophone, a small voltage is created. That voltage is pre-amplified and then sent up cables to computers for analysis. The voltage (or sound) is sampled at a very high rate – 196 thousand samples per second – which is 4 times higher than compact disc sample rates.

According to Veirs, sampling high frequencies that are above the human hearing range allows him to study the intricacies of orca language; more importantly, he wants to show how noise such as boats and ships make it harder for orcas to communicate and hunt.

In studying orcas, Veirs uses a complicated set of algorithms to discriminate against 99.9% of the sounds that come through the hydrophones. Orcas produce sounds that have a very simple harmonic structure, and that’s what his software looks for.

“Orcas make sounds with frequencies that change in a smooth way, with most of the energy in 3, 4, 5 peaks,” says Veirs.

“And sounds that have a complicated harmonic structure – with many frequencies in it are discriminated by the software, because these are sounds not typically made by orcas.”

The Southern resident orcas in Friday Harbor are considered an endangered population segment by NOAA (National Oceanic and Atmospheric Administration). Ultimately, Veirs wants to use his research to create public policy that urges boats to slow down, stay farther away from the orcas, and to use quieter engines.

“Once we understand that these noises may make it harder for the whales to forage, to communicate, then we have a chance to take some societal steps to give them a better chance of surviving…That is the best hope we have for them.” 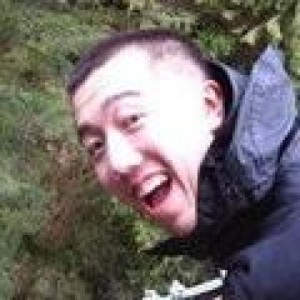 Kevin Bang is an Interactive Producer at KCTS where he oversees all web content production. Before coming to KCTS, Kevin was a Web Producer and snow sports blogger at Seattletimes.com. He believes content business goals can be achieved when information architecture, tactical web production, and strategic communications are well coordinated and seamlessly executed. In his spare time, Kevin is usually kayaking, playing basketball, training for the next half-marathon, or reading about content strategy.