Researchers at the University of California-San Francisco have hacked into the genetic wiring of billions of individual bacteria and outfitted them with the kind of on/off switches normally found in computer chips, not living organisms.

The switches, which are built out of genes, allow the bacteria to listen for chemical signals and respond, much like computer chips that can perform powerful tasks.

The switches may one day help the development of biofuels that are cheaper and more powerful than gasoline, or a new suite of pharmaceuticals that could more effectively target and kill tumor cells with fewer side effects.

“Scientists have been trying to engineer bacteria to be more programmable, to do various things, but biology is hard to program” said Alvin Tamsir a doctoral student at UCSF. “I want to generate the technology so that bacteria can be more programmable in a more predictable way.”

Tasmir was the lead author of a study on the subject that was published last week in the journal, Nature. By building new molecular circuits into bacteria, Tamsir and his team can now make the bacteria perform specific tasks, much like the millions of wires which comprise the electrical circuitry of a modern computer chip enable the dizzying array of complex calculations and tasks a computer can do in micro-seconds.

It’s all part of the new field of synthetic biology, where principles from computer science, electrical engineering and genetics, along with other sciences, mix together to reveal the tools and strategies for reprogramming the cellular machinery of living organisms like bacteria and yeast. Scientists and companies in the Bay Area and elsewhere, working on other synthetic biology project, already are developing a new generation of drugs and biofuels with bionic bacteria and yeast.

“Some of these drugs that we are working on right now require 40 genes. And you have to control when those genes turn on and for how long and in what order, and for all that, you need a circuit,” said Christopher Voigt, an associate professor at UCSF’s Department of Pharmaceutical Chemistry and the senior author of the study.

Tamsir and Voigt looked to the world of electrical engineering, where circuits bring the necessary level of control to millions of precisely timed calculations that a computer chip must complete to execute any task, like spellchecking a document or surfing the web.

To do these tasks, microscopic switches called “logic gates” are etched into the silicon of computer chips. The logic gates function according to a set of rules and are connected with wires that make up a circuit on the chip. Each of these logic gates receives an input, such as an electrical current, from the wires, and responds based on the kind of gate it is. For example, if it’s an “AND” gate, it will turn on and send its output of an electrical signal to the gate next to it, but only if it is getting inputs from the two wires that feed into it. If it’s an “OR” gate, it will turn on even if it is getting a signal from just one of the wires connected to it.

“In computers, complex tasks like opening a document or performing a calculation can be boiled down to simpler calculations performed by these logic gates,” said Tamsir. A modern Pentium chip can have more than a million logic gates, each one performing a tiny piece of the calculation or task at hand.

“But you don’t have an engineer at Intel that is choosing exactly where each wire goes,” said Voigt. Instead, programming languages have automated the process, quickly and reliably reproducing on the computer chip the precise circuits of logic gates needed to carry out functions specified by a computer engineer.

“We are trying to create a programming language for cells,” Voigt added, “and ultimately have it so you can take any function you can imagine and convert that into a DNA sequence that carries out that function.” But scientists can’t exactly take the hardware of tiny gates and wires on computer chips and insert them into living bacteria like E. coli. So Tamsir and his team had to engineer genes that would reprogram the DNA of E. coli, instructing it to make logic gates out of proteins that would help the bacteria perform more like a computer to carry out a specific task – in this case, to make a fluorescent yellow protein.

In computer chips, the metal wires that feed into a logic gate are physically separated so that the inputs going into one logic gate don’t cross with the wires of a nearby logic gate. But this isn’t the case with living bacteria. “Every gate is a molecule and they’re all being run based on molecules and they’re all crammed together in the bag that is the cell,” Voigt said.

Although the scientists created eight different colonies of bacteria, each with their own discrete logic gate, only four colonies were used at a time to see if they could link up to form a circuit that would yield the fluorescent protein.

One logic gate in one of the bacteria colonies may need two inputs, like a sugar and an antibiotic, to release its molecular output, such as an enzyme, that would then act as an input for a second set of logic gates. But this next set of logic gates may have been designed so that it produces its own molecular output only if it doesn’t receive the sugar and antibiotic inputs that triggered the activity of the first logic gate.

“It’s by combining multiple gates together that you get different behavior. And that’s how electrical circuits behave – they use a lot of logic gates and combine them in various ways to get various functions,” said Tamsir. Similarly, the scientists were able to modify the behavior of their bacterial circuits by simply moving the location of the bacteria colonies in the petri dish, since each colony operated with its own set of logical rules for responding to the chemical inputs feeding into it. Tamsir built 16 different kinds of genetic logic gates to program the bacterial ‘computers’. Each one successfully suppressed or promoted the production of the fluorescent yellow protein depending on how it was linked together in the bacteria.

“The hard part,” said Tamsir, who has worked for more than two years on this research, “was combining different genetic parts so that when they are put together, they function as you want them to.”

Other researchers are taking note.

“They have begun the process of creating a characterized library of elements which can be used by other labs to build more complex systems,” said Douglas Densmore, an assistant professor of computer and electrical engineering at Boston University who read the Nature paper describing the UCSF team’s research.

Tamsir and his team now want to increase the complexity of their bacterial circuits by building even more sophisticated logic gates.

Voigt added that there are roughly 200 to 300 circuits that regulate different biological activities in E. coli bacteria.

“And that’s the good news – that it’s not millions,” he said. Unlike a computer chip, “the bacteria don’t require a lot of gates and if we had 100 gates, we could do some pretty amazing things,” Voigt said.

By designing more complex gates and more of them, he said a scientist could be “in full control of programming bacteria.” This arsenal of expanded logic gates could then coax the bacteria to produce more than just a biofuel or a low-cost malaria drug, like the one developed using synthetic biology by Amyris Biotechnologies in Emeryville.

“Everything you see in biology — such as a corn plant growing — those complex processes are being implemented by natural circuitry,” said Voigt. “And one of the reasons that we can’t access those functions is because we don’t have that refined level of control.”

With the new system of logic gates snapping together to form synthetic circuits, the UCSF scientists have expanded that level of control and consequently, what bacteria or yeast could be programmed to do, like some day make synthetic wood, silk or antibiotics. Life Technologies, a biotech firm based in Carlsbad, has partnered with Voigt’s lab to generate a software package that would allow other scientists to specify the kind of logic gates they want to run in the bacteria being used in their experiments. After a few keystrokes and some processing by the computer, the scientists would receive a recipe for making those logic gates, which could then be sequenced from the sugars and phosphates which make up genes, and inserted into their bacteria.

For Tamsir, the research is incredibly challenging but also extremely rewarding, a vital part of his doctorate degree in bioengineering which he hopes to complete in May. The 26 year-old scientist grew up tinkering with circuit boards and even derived programming inspiration from Lego Mindstorms, a line of robotic toys.

“I found out about the field of synthetic biology through Chris Voigt’s lab. Right then, I knew that this was the right field of study for me,” he said. “It combines my love for computer programming with my love for biology.” 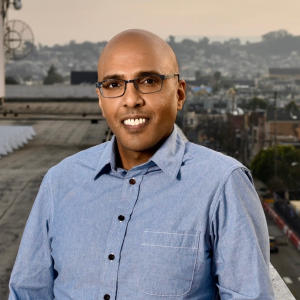