Well-being and psychological health are known to be closely associated with physical health, but the mechanistic links between the two are still relatively unknown.

New research from scientists at UC Davis and UC San Francisco shows that intensive meditation training improves several measures of psychological health, which in turn leads to an increase in the activity of an enzyme called telomerase, a known marker of cellular health.

Telomeres are DNA sequences at the end of chromosomes that shorten every time a cell divides or is exposed to oxidative stress. When telomeres become too short, the ability of a cell to replicate is diminished along with the health of the cell. Telomerase is an enzyme that increases the length of telomeres by adding additional DNA to the end of chromosomes and stabilizing genetic structure.

Stress and pychological distress are known to negatively impact telomerase activity, and are also associated with deteriorating health. But previous research has not shown that improving psychological health could reverse the effect and increase the action of telomerase.

The current study investigated the effect of intense meditation on measures of both pscyhcological well-being and telomerase activity in immune cells. Thirty participants underwent meditation training at a three month intensive meditation retreat called the Shamatha Project. The participants were evaluated for Perceived control (over one’s life), Neuroticism, Mindfulness and Purpose in life both before and after the retreat. Telomerase activity was also measured before and after. The particpants were compared to 30 matched control subjects.

Retreat participants had statistically significant increases in measures of Perceived control, Purpose, Mindfulness, and decreases in Neuroticism. They also showed a 30% increase in telomerase activity after the retreat. Age and BMI were factored into the analysis as potential covariates. According to regression analysis, the psychological changes of Perceived control and Neuroticism mediate group differences observed in telomerase activity. Further, Mindfulness and Purpose of life significantly mediated changes in Perceived control and Neuroticism.

The current study does not imply that meditation directly affects telomerase activity, but that it can increase one’s ability to cope with and counteract stress that may interfere with physical health.

Though the sample size is small and more studies are needed to confirm the ability of meditation to improve telomerase activity, this is one of the first well-designed studies to directly associate psychological training with measures of cellular health.

The work done by researchers at UC Davis and UC San Francisco and is currently in press at Psychoneuroendocrinology. Contributing author and professor of biology and physiology at UCSF, Elizabeth Blackburn, won the 2009 Nobel Prize in medicine for her discovery of telomeres and telomerase.

The Shamatha Project is a meditation study and collaboration between UC Davis, The Santa Barbara Institute For Consciousness and the Shambhala Mountain Center. 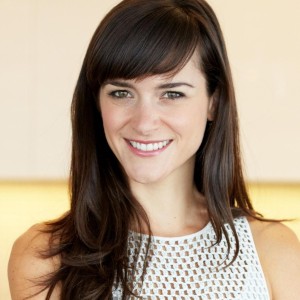 Darya Pino is a Ph.D trained scientist, San Francisco foodie, food and health writer and advocate of local, seasonal foods. She shares her unique scientific perspective on health and enthusiasm for delicious foods at her website Summer Tomato. Follow her on Twitter @summertomato.