Though I don’t use it in the piece, the system of earthquake early warning we profiled – developed by UC Berkeley’s Richard Allen, among others – has a name:ElarmS. One of my favorite parts of the ElarmS website is the page where visitors are invited to submit their own ideas for how the system might be used.

I mention this because it illustrates an interesting fact about earthquake prediction, which is that it’s not the technology technology (i.e., how to predict an earthquake) that’s still up for debate, it’s what to do with the warning, once we have it.

If Allen is right, three years from now ElarmS will be up and running, supplying some – if not a whole lot – of warning before quakes hit. But whether the rest of us receive that warning is largely out of ElarmS ‘s hands. Will someone develop an iPhone app that’ll announce the countdown in a GPS-like voice: 10, 9, 8? Will BART rig its system to ElarmS so that every train in the network starts slowing down, as soon as countdown begins? Will fire stations allow their doors to be automatically opened every time an alarm goes off? To borrow the USGS’s David Oppenheimer’s cringe-inducing example, will surgeons hear an alarm and lift their scalpels?

And what happens when false alarms – and they are inevitable – cause people to turn off their iPhone quake-warning apps, or complain about BART slowdowns? At a conference for environmental journalists last night, I chatted with two Mexicans about how their country has invested in an early-warning system. They rolled their eyes. “If it only worked!” Unfortunately, the price for working sometimes might be not working other times.

Here is a nice depiction of P-waves and S-waves, if you want to learn more about how prediction (and earthquakes) work.

And here’s a link to the California Integrated Seismic Network, which includes the vault I visited in the radio piece (and featured in the slde show below).

Listen to Predicting the Next Big One radio report online. 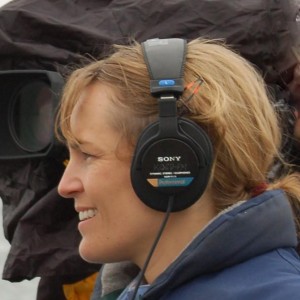