More people appear to be saying “yes” these days, even if grudgingly. The question is: Is it too late?

The Public Policy Institute of California has been tracking public support for expanded nuclear power over the past several years. Survey participants are offered a menu of four potential energy options, one at a time.

The question posed is: “Thinking about the country as a whole, to address the country’s energy needs and reduce dependence on foreign oil sources, do you favor or oppose the following proposals?” Then the four options are offered, including: “How about building more nuclear power plants at this time.”

As recently as 2002, adults surveyed in California opposed the idea by a margin of 59% to 33%. But that gap has been closing steadily in the years since and by this July, Californians were split just about down the middle on the question, with 46% in favor and 48% opposed. The poll has a margin of error of about 2%, making it a virtual tie.

When you dig into the numbers a little deeper, some demographic preferences emerge: support increases with both age and education. Californians 55 and older support more nuclear by a wide margin (58% to 36%) as do college graduates (50%-43%).

Many people use cost as an argument against nuclear but just as the PPIC was phoning around for opinions on the matter, the Palo Alto-based Electric Power Research Institute was finishing up its own report , concluding that trying to reach greenhouse gas reduction goals without baseload technologies like nuclear power, could end up costing much more. Dan Kammen, who runs an energy lab at U.C. Berkeley, would appear to agree. He said in a recent interview for Climate Watch that “Without knowing exactly where things will come down on nuclear, I think that it absolutely has to be part of the equation in a way that it has not been in the past. Energy costs from fossil fuels are rising at almost 5% a year now, and the damage we are doing and are going to do more of, if we don’t stop our fossil fuel expansion, in terms of greenhouse warming, is so large an issue that these technologies have to be back on the table.

But there’s a serious question of whether the nation– let alone the state– is in a position to embrace nuclear as it did in the 1960s. Kammen is also a professor of nuclear engineering, and noted with some alarm the rate at which the industry is “graying.” Now in his mid-forties, he told me that when he attends technical meetings for nuclear engineers, he’s often “the youngest guy in the room–by 20 years.” Since the U.S. more or less abandoned its nuclear hopes following the Three Mile Island debacle, the nation has ceded most of its nuclear industrial capacity to other nations, and few young people have chosen to enter the field.

The effective ban on new nuclear plants that California has had in place since 1976 could be reconsidered. But ultimately electric utilities will have to want it and I sense a certain “nuclear fatigue” in that arena.

The Sacramento Municipal Utility District (SMUD) shut down its only reactor in 1989, after a thumbs-down referendum. When I called to ask for an interview on the prospects for a nuclear revival, they declined. They didn’t even want to talk about it. Managers at PG&E, whose twin reactors at Diablo Canyon produce nearly a quarter of the utility’s output, still claim an interest in nuclear. But when I asked CEO Peter Darbee about it recently, he said he had the sense that most people in California would prefer to look elsewhere for energy solutions. Of course, that was before the latest PPIC poll.

Check out an interactive “atomic timeline,” marking some of the milestones in nuclear power history in the U.S. By former Climate Watch intern Amanda Dyer. 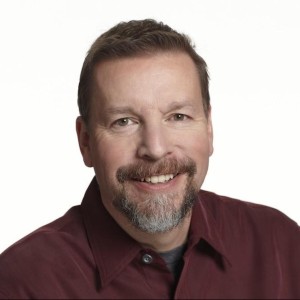 Craig is KQED's science editor, specializing in weather, climate, water & energy issues, with a little seismology thrown in just to shake things up. Prior to his current position, he launched and led the station's award-winning multimedia project, Climate Watch. Craig is also an accomplished writer/producer of television documentaries, with a focus on natural resource issues.