The Let’s Talk About Election 2020 youth media challenge showcase officially opened for submissions on Jan. 20, 2020 – exactly one year before our next president is inaugurated on the U.S. Capitol steps in Washington D.C. – and we’ve already received student media that we are really excited to share!

In these commentaries, students tell us about some of their most passionately-held (and well-researched) views on top-of-mind issues for teens, like climate change, gun control or reproductive legislation. These students come from communities across the country and the political spectrum. They share their authentic stories about the circumstances that inform their personal views, such as dealing with the illness of a parent or a school lockdown.

Controversial issues can be a challenge to navigate in the classroom, but research shows that high-quality discussion of controversial topics engages student interest and tolerance of differing viewpoints. And middle and high school students have a lot to say about the issues of the day. Most of them are too young to vote, but they aren’t too young to have an impact on those who can vote. These student perspectives will be shared with a national audience throughout the coming year, online and on-air via KQED and other public media stations throughout the country.

Young people want to be understood and heard, and we think America wants to hear what they have to say. Listen in and join the conversation.

With 130 incidents of gunfire on school grounds in 2019, many students report worrying about gun violence. Rae Wymer from Lowell High School in San Francisco describes what it’s like to live through a real-life lockdown and calls for common sense gun reform.

Rae Wymer from Lowell High School in San Francisco writes this powerful piece about the importance of gun reform in America. Transcript In America we have an epidemic of mass shootings that needs to be solved. Nowhere is safe, not schools, churches, mosques, or synagogues. Not playgrounds, homes, festivals, or monuments.

Julian Abergas is a senior at Lincoln High School in San Francisco Transcript The college application window for UCs, CSUs, and several other schools have closed, so the cost of college is a subject that many of my peers and fellow students are seriously considering. My sister attends the City of College of San Francisco.

Abortion legislation remains one of the top hot-button issues and students, including Kora Ulness from Black River Falls High School in Wisconsin, have a lot to say on both sides of the debate.

Add Your Students’ Voices to the Conversation

Let’s Talk About Election 2020 puts youth perspectives front and center for public media audiences across the country. The challenge also provides a platform for students to engage with each other in civic discourse across geographic and political divides. As America deepens its gridlock over social issues, this challenge offers an opportunity for students from around the country to create meaningful moments of interaction outside their usual spaces.

Talking about controversial issues with your students is not always straightforward. Teaching Tolerance has resources on how to begin to broach third-rail topics in a way that promote peer-to-peer engagement and productive civic engagement, while keeping the classroom a politically neutral space.

Everything You Need to Get Started
Excited to participate but worried about your media experience, convincing your administration or integrating the challenge in your curriculum? We’ve got a robust teacher resources kit to support you! It includes the free, online KQED Teach course Developing Youth Voice With Audio & Video Commentaries to bolster your media skills and a Standards Alignment Chart, which shows how the challenge cultivates standard-aligned skills and can fit into your lesson plans.

Join the Election 2020 challenge and empower your students’ voices! 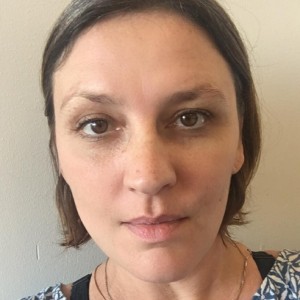 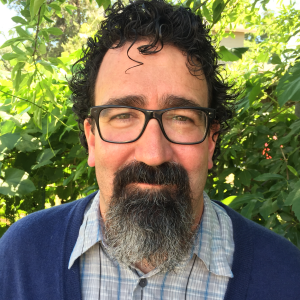 Dr. Randy Depew is KQED Education’s Managing Director. Prior to KQED, Randy was a co-founder and spent 20 years as teacher-leader of The Digital Safari Academy, a college and career academy at Mt. Diablo High School in Concord, CA. Additionally, Randy served for 16 years as an adjunct faculty member in Brandman University's School of Education where he taught credential courses on digital and media literacy, teaching and learning in 21st century classrooms, literacy development for primary and second language learners, and secondary classroom management. He was the 2001 MDUSD teacher of the year and Technology and Learning Magazine’s 2000 California Technology teacher of the year and has presented at dozens of national conferences on the subject of media literacy, media production, and their impact on student engagement and achievement. At KQED, Randy oversees the development of KQED education content, including professional learning courses and educator certification, classroom curriculum, media to support student learning and online products that bring it all together. Randy holds a B.A. in chemistry from U.C. Berkeley, an M.A. in curriculum and instruction from Chapman University and an Ed.D. in organizational leadership from Brandman University.