When I was a student in high school, there was nothing I disliked more than a study guide. While useful in determining what I might be assessed on during a test, the actual completion of a study guide was tedious and, for the lack of a better word, boring. As a teacher, it does not surprise me that many of my students feel the same way about study guides as I did. So, when Derrick, our district’s data teacher on special assignment, suggested an alternative to the traditional study guide, I was all ears.

Instead of a traditional paper-based study guide, Derrick suggested an “escape room” format instead. The goal of an escape room is to solve a series of puzzles and riddles using clues dispersed throughout a room. There is often a theme to an escape room, and props such as locks and combinations are utilized during the problem-solving process. Escape rooms are usually completed by teams who compete to see which team can “escape” in the fastest amount of time. Derrick’s idea was to utilize this concept in the classroom, where students would answer chemistry questions from a traditional study guide to help solve puzzles and riddles on a survey tool called Qualtrics, as well as physical puzzles and locks around the room. The end result looked something like this:

To complete this escape room, students were provided the following:

Students began the activity by attempting the first set of problems on the study guide. Problem sets were broken down by targeted standards based on NGSS. Upon completion of each set, students could move on to the next clue or riddle. If students did not complete the problem set correctly the first time, built in hints would appear on the online form to help students. Additionally, I walked around the room to conduct progress monitoring as needed. Students were then given codes that could be used to unlock different boxes. After unlocking the boxes, students worked to complete a series of chemistry-based riddles around the classroom which in turn led to the final lock box to complete the activity. Data-Driven: With the use of Qualtrics, Derrick was able to track results such as completion time, attempts on completing a problem set, and specific calculations students made for certain problems. This data was helpful in identifying what questions were the most challenging for my students. Derrick also left a feedback section in which students were able to leave comments in regards to the difficulty and their experience with the escape room study guide. The overall response was a positive one, with many students echoing that the escape room premise made completing the study guide much more interesting.

Future use: From my experience with the escape room, it is safe to say that I will be utilizing escape rooms to “gamify” the learning experience in my classroom in the future. There are websites online that teach you how to build a Google Form for an in-class escape room and there are also pre-built escape rooms like the one I used as an activity during the student-favorite unit on stoichiometry and moles (sarcasm intended). As I become more familiar with the setup, it is my goal to provide opportunities for my students to create online-based escape rooms of their own. Groups will be responsible for certain themes (i.e. NGSS Standards) and will take turns “hosting” their own escape rooms in class.

Collaborate: If I have not mentioned Derrick enough, I will do so again here. Finding people who know how to navigate technology, and are willing to share what they have learned, makes creating lessons such as this one much more feasible. I simply provided the study guide questions and some prizes for students, and Derrick provided the online form, lockboxes and riddles to make the escape room. There are probably people like Derrick in your district, you just have to seek them out and be willing to try out new ideas. In my case, collaborating proved to be a real asset for me and for my students (not only in this case, but also in lessons about scientific process, elements at nano-scale, and the chemistry involved in making coffee).

As a chemistry teacher, I often look to labs to present materials to students. That part is easy for me. The hard part has always been finding ways to teach and assess understanding in ways that students can buy into. In other words, seeing a flame change color due to changing states of electrons in a metal is fun, learning the process behind why this happens and being assessed on it is not as fun. Activities such as escape rooms help make those learning moments more engaging and the content more palatable. As a chemistry teacher whose goal is to facilitate student learning, escape rooms are another piece in solving the puzzle. 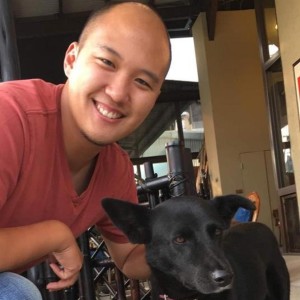 Merek Chang is a chemistry and engineering teacher who currently teaches at Workman High School in Industry, California. He received his B.S from UC Davis in Food Science and Technology and worked full time in the food industry prior to entering education. It is his desire to incorporate technology in to his lesson plans whenever applicable and, if possible, through the lens of food.