We’ve all been there.  Students presenting current events, reciting the “news” but not having any idea what it actually means. The problem is that students’ lack of background knowledge, which is often required to understand the news event, ends up making it meaningless to them, or requires so much teacher intervention that the activity isn’t practical.

So I asked my seniors in my U.S. Government classes what would make current issues more meaningful to them. They said it wasn’t that they weren’t interested in current issues, but they needed time to learn about them. Homework, jobs, sports and familial duties left no time in the five to six hours after school to learn about current issues. Then a lightbulb went off.

I realized that a better way to teach current events would be for students to follow the same issue throughout an entire year in order to deepen their understanding of the topic. After coming up with the initial idea, I then wondered—what kind of structure and supports would such an ambitious year-long assignment need in order to be successful?

Could I give students class time to discuss current issues? Could I allow students to choose their topic to make it more meaningful to them? How would I track student participation and assess their learning? And the ultimate question: How would I know students were gaining enough background information to understand current events?

To give students choice and hopefully generate more interest in current events, students determined their top two topics of interest from a list I provided: Crime & Punishment, Energy & Environment, Economy, Public Services & Infrastructure, Individual Rights & Liberties, and National Security & War.  I then created Current Issues Groups of three to five students based on their interests. To track the current issues and student participation, I created a website for each class on Google Sites where students posted relevant news stories bi-weekly on a blog with accompanying questions. To address students’ request to have time to read current events, groups met in class every other week to read the articles and then discuss the news events posted for their topic with their peers.

To ensure credible sources and expand students’ skills in media analysis, each group needed to find news stories from various levels of media—local, national and international—and from different types of media—print, web and broadcast. For example, students in the Environment Issues Group posted news stories from a national print news source (The New York Times), a local news source (The Seattle Times), and a broadcast or international media source (KPTV).

To make sure the assignment was meeting the ultimate goal of students having enough background information to understand current events, students were required to create “Inquiry” or comprehension questions for the news story. As shown in the blog post below, the student asked the basic who, what and why of the article to make sure their peers understood the main point of the news story. To deepen student understanding of the event, students were also asked to create “Discussion” questions for their group which required them to use higher level questioning skills involving application and evaluation.  The “Discussion” questions below ask students what they think government action should be, moving from the basics of the news story to evaluating and making a judgement based on the evidence presented. On Current Issues day in class, we began with individual work time. Each student chose a different news story from their group to read and then posted answers to the inquiry questions in the comments section of the post. Each student verbally summarized their news story and led a discussion on the current status of the issue using the pre-prepared discussion questions. I moved from group to group to listen and join in on their discussion and marked off student participation.

After trying out many iterations of current events in the classroom, students really took to this. Groups were always on task, both when reading the news stories and when discussing them. One year, students in the Individual Rights & Liberties group were especially engaged with news stories on the NSA and an individual’s right to privacy. During one of our Current Issues days, the group was discussing Edward Snowden and the National Security Issues group jumped in. I didn’t have to try and make the current issues have meaning or relevance to one another, it just happened naturally.

Students liked that they had class time to read current issues, access to computers to search for things they didn’t understand, and the chance to learn from the peers in their group. For a discussion on how the United States should deal with countries engaging in cyber attacks on the U.S., several students looked up the word “sanctions.” Through conversation with peers, they learned what international courts were and how they would work in this scenario. I didn’t have to fill in the background knowledge for them—my students were self-driven, finding the information themselves or working with their peers to figure it out

Throughout the semester, students developed an expertise on the topic that allowed them to have meaningful discussions in their group and share with their friends, both in and outside of the classroom.  By the end of this assignment one year, the Energy & Environment group had a solid understanding of what fracking was, its advantages and disadvantages, and how public policy addressed the issue. These students ended up discussing the issue in their science and environment classes, too. They were able to bring their public policy knowledge to their science classes, and offer science insights to our class. And I ended up learning more about fracking from my students because of their engagement with the issue both inside and outside of our classroom.

I enjoyed going from group to group, listening and offering my own comments and questions to push students’ critical thinking. The informal, small groups resulted in more students participating than in a large class discussion. I knew that students were engaged and learning. Not only did the students understand current issues better as a result of this assignment, they developed invaluable skills in media analysis, researching, close reading, questioning, discussion and deliberation.

No lesson is ever perfect. And while feedback from students was positive and learning about current events was apparent in discussion, the assignment needed modifications.

Students wanted class time to find news stories, as well as to read and discuss them. However, I still haven’t figured out how to allocate more than one day to current issues, which was already taken up by reading, posting answers to questions and discussion. Students also wanted to switch their topics for the second semester, which was an easy fix.

From the teacher perspective, the website and blog posts posed challenges with assessment:

Additionally, students struggled with posting reliable information and sources so I ended up requiring students only use “hard news,” not news commentary, opinion or blogs. This eliminated at least some potential for inaccurate facts. To help them with this requirement, I began the year with a unit on how to evaluate news sources for credibility and bias. This proved invaluable as “fake news” has grown over the years.

Technology changes at a rapid pace, and the website could probably be replaced with some other tool or platform. But the essential component of the lesson—to track a current issue throughout the year to enable students to gain enough background knowledge to truly understand the event—was ultimately a success. 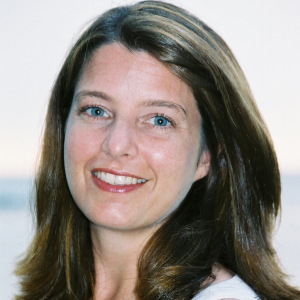 Meghan Selway began her education career working with elementary school students in after school programs and as director of an educational learning center before becoming a high school teacher in Social Studies and English for the past 15 years and a teacher of English as a Second Language in Vietnam. Meghan has created and implemented lessons on embedding Common Core in content-subject areas and continually integrates different teaching and learning methodologies into curriculum to enhance student learning.