For many educators, teaching Martin Luther King, Jr.’s keynote address from the 1963 “March on Washington for Jobs and Freedom,” which is widely known as his “I Have a Dream” speech, can be daunting. The speech is monumental for its impact, and it is often the main avenue teachers use to teach about it’s author. Up until this year, I have always cobbled together snippets of the speech with additional resources to teach the main points. I would use video of John Lewis’ speech at the 1963 march to contrast the tone and content. I would use the story of George Raveling as well as oral histories of other key figures in the march to help my students understand King’s ideas. However, this year I came across the interactive, multimedia resource “Freedom’s Ring,” and I feel much more empowered to do justice to King’s famous speech. “Freedom’s Ring” is going to play a major role in every US history and government class I teach from here on out. It’s that good!

But “Freedom’s Ring” is an especially powerful resource because it covers the whole speech in an interactive and multimedia format. It presents the complete speech via audio recording, complemented by prominent text that matches the audio. It also includes animated visuals behind the text which interpret the speech, as well as links in the text which lead to all sorts of rich resources that students can use to gain a better understanding of the speech’s context.

For example, the opening scene of the speech is pictured below with the word “today” appearing as a blue hyperlink.

If the viewer clicks on the link, they are taken to the following screen:

Each of the visuals in this window are clickable resources which reveal different ideas, concepts, issues and perspectives that pertain to this section of the speech. In this case, this link covers the historical build up to the March on Washington.

Another link leads us to a set of resources focused on the Birmingham Campaign of 1963, which was a series of protests against police brutality. The resources include a reading from Coretta Scott King’s My Life with Martin Luther King, Jr., a linocut of King gazing out of the bars of a Birmingham jail, and a video in which King’s lawyer and friend Clarence Jones describes witnessing King composing his famous  “Letter from a Birmingham Jail.” Finally, there is a link to a rich set of lesson plans where students role-play to learn about the evolution of the Birmingham Campaign.

Such resources make up just one of 32 different links throughout the speech. That’s how deep and engaging this multimedia version of “I Have a Dream” is! The first time I discovered this source, I simply watched, read and listened to King’s words. Since then, I’ve explored all of the links and resources with my government and US history classes.

One simple, but effective way to use “Freedom’s Ring” is to play it on the big screen for the whole class. Have the students “take notes” by writing down ten of the “blue words” from the on-screen text. That forces them to pay close attention, but also allows them to listen and see the affecting background visuals. You can stop it where you feel comfortable to interpret and discuss with the students what King was saying and how he was saying it. For example, I  discuss the tone of the speech and how King was a minister who had made many, many speeches and sermons.

Once the speech is over, I give the students the link to “Freedom’s Ring” and ask them to follow five of the links they wrote down while watching and look through the collection of resources there. Then they answer the following questions:

The next class period is a great opportunity to have the kids share their answers with each other and discuss how our understanding of Martin Luther King’s “I Have a Dream” speech has changed.

One of the clear benefits of teaching “I Have a Dream” in a multimedia format is that it becomes more accessible, for both students and teachers. The resources can be accessed in advance, and can help teachers better explain the speech and its context through a wide variety of primary materials. Students also have choice and freedom to explore the speech through its interactive format.

I’m really just scratching the surface of how to use “Freedom’s Ring” as a cornerstone resource for teaching the greater African American Civil Rights Movement!

If you want to learn more about how to integrate multiple forms of media into your instruction, take our free, online course Using Media as Core Texton KQED Teach. 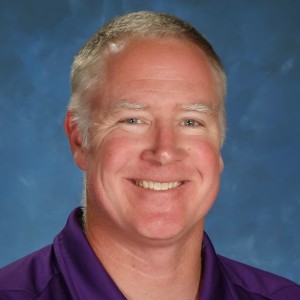 Bob Kelly teaches U.S. History, Government, Economics, and Psychology at Minarets High School outside Yosemite National Park in the Sierra Nevada foothills of California. Bob has taught for over 20 years in all sorts of social studies content areas and school settings including Palo Alto, Mariposa, and the Central Valley. He loves blending new and old school understandings and approaches to the world we live in. He is a well-experienced teacher trainer in both history and technology integration and has been an AP reader for the U.S. History exam as well as a AP US History consultant for the College Board, a Google Apps for Education Certified Innovator, and a PBS LearningMedia Local Digital Innovator. Bob was also a football coach for over 25 years.