I teach English Language Arts at a film and media magnet in Los Angeles, CA. The main novels my 8th graders read in my class are Roll of Thunder, Hear My Cry by Mildred D. Taylor and The Watsons Go to Birmingham—1963 by Christopher Paul Curtis. Both books are Newbery award winners written by African-American authors and are beloved my students each school year.

Because both works of fiction feature actual events that occurred during historical periods largely unfamiliar to most middle school students—the Great Depression of the 1930s, sharecropping, segregation, the Civil Rights Movement and the 1963 Birmingham church bombings—I must provide some major, ongoing historical background so my students can comprehend and make inferences about these stories.

One way I accomplish this historical context is through the use of film. However, the movies I use not only augment my students’ understanding of these great books; the films I show can stand alone as worthy works of art and literature to both learn from and appreciate. In this way, media becomes an integral part of my ELA curriculum and instruction.

Both ELA and history teachers can use the following movies as the basis for lively discussions, essays, and projects related to the themes and issues explored in these fine films. Each one of these movies is a triumph in acting, directing, and storytelling.

The Adventures of Huck Finn (Disney, 1993, Rated PG): Set in the South during the 1830s, a young boy learns the consequences of lying, the meaning of loyalty and the importance of liberty for all, as he helps a runaway slave escape along the mighty Mississippi River.

Seabiscuit (Universal/DreamWorks, 2003, Rated PG-13): Set before and during the Great Depression, this incredible, inspirational tale about a jockey, a trainer, an owner and a horse, all who literally beat the odds, will have students alternately cheering and weeping.

The Untold Story of Emmett Louis Till (Velocity/Thinkfilm, 2006, Rated PG-13): Director Keith Beauchamp’s acclaimed and influential documentary about the torture and lynching of a Northern black boy who dared to whistle at a white woman in 1955 Mississippi.

The Long Walk Home (Dave Bell/New Visions, 1990, Rated PG): Set in 1955 in Alabama, a white privileged housewife eventually breaks with her family and friends to support her black maid’s participation in the Montgomery bus boycott.

Ruby Bridges (Disney, 1998, Rated TV-PG): Set in 1960 in New Orleans, an exceptionally bright first grade girl breaks a color barrier and teaches her family and community a lesson in fortitude and forgiveness that is utterly unforgettable.

Sins of the Father (FX, 2002, No rating: language, adult situations, violence): Alternating between the past and the present, this film features a determined FBI agent and a now-grown-up, conflicted boy who ensured that justice is served some thirty years after four little girls were murdered.

Guess Who’s Coming to Dinner? (Columbia Pictures, 1967, not rated): Set in San Francisco in 1967, a liberal couple’s convictions and long marriage are put to the test when their daughter’s fiancé teaches two sets of parents the glory of love.

By adding narrative and documentary films to my repertoire of historical sources, I provide my students with a rich and varied experience that goes beyond the printed page, requiring them to listen carefully and watch attentively. In this way, my students become increasingly savvy and sophisticated in their interactions with media.

If you want to learn more about how to integrate multiple forms of media into your instruction, take our free, online course Using Media as Core Texton KQED Teach. 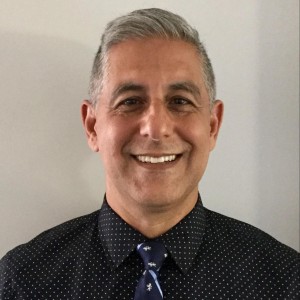 Robert Ward is currently enjoying his 25th year teaching English to a wide diversity of students at public middle schools in Los Angeles. As the author of books for educators and parents, Robert embraces a whole-child approach that attends to each student's social, emotional, soulful, and academic needs. Robert’s fourth book, Talented Teachers, Empowered Parents, Successful Students!, provides classroom strategies for including all families as allies in education. In addition to his award-winning Rewarding Education blog, Robert’s articles are regularly featured in Edutopia, Education Week, ASCD, NCTE, the U.S. Department of Education’s “The Teacher’s Edition” newsletter, and the International Literacy Association. Robert can be followed on Twitter @RewardingEdu and reached at misterward@sbcglobal.net.