I still remember playing Oregon Trail back in 7th grade on an Apple IIe computer, hoping not to die too soon from seemingly random calamities like snakebites, or catching cholera or dysentery! First developed in the early 1970s(!) by the Minnesota Educational Computing Consortium (MECC), Oregon Trail put players on an often-precarious journey across 19th-century America. Aside from the original, versions of Oregon Trail are still around, including Pressman’s card game, mobile versions, and it also has inspired remixes and parodies  — from the space-travel game Orion Trail to the zombie apocalypse adventure Organ Trail.

Playing Oregon Trail can take about one class period — or less! (It is easy to lose, hence the famous catchphrase “You’ve died of dysentery.”) As I discovered, better than having students simply play through the seemingly endless versions of Oregon Trail, several educators have given their students the opportunity to hack and mod (modify) it, after playing. Here, the game becomes a model for students to study and analyze, and ultimately to tinker and play with. This approach is something I observed over and over again in my research of expert game-based learning teachers: the game is used as a centerpiece to drive student learning.

Last year, I helped to organize a series of “Moveable Game Jams,” which were all-day events where youth met to make games about specific social impact themes), such as immigration, climate change and future communities. At one event, the Museum of the Moving Image created an activity for students in which they would update the classic — and for many, the prototypical educational game — Oregon Trail.

The goal of the session was to compare and contrast the 1848 Oregon Trail to the transportation systems in modern-day America. First students played the original, which can still be played for free on the Internet Archive. Students were then asked, “What kind of technology is available to the pioneers in the game?” Next, using a graphic organizer, everyone brainstormed comparisons between 1848 and today. Finally, they considered how current and future smart technologies could be incorporated into the game.

Rather than coding the game, they used sheets of butcher paper to plan out how it would look on a tablet screen. Teams had to prototype one specific part of the journey (e.g. traveling between Cincinnati, Ohio and Lexington, Kentucky, and then include a conflict or a challenge (e.g. someone broke a leg).

Having Students Analyze and then Modernize Oregon Trail

Although Isaacs teaches a computer technology class, he also wound up teaching students about Westward Expansion, writing and computational thinking, all with a video game at the center of it all. Students played the original for a minimum of 20 minutes. Then they had to review the game in one of two ways: a video walkthrough that posted on his class YouTube channel, or a blog post game review with screenshots of the students’ breakdowns of the game. Students critically analyzed the game in their reviews, similar to how students might evaluate a written text or a film.

Reviews of Oregon Trail were to include the following: storyline; game mechanics (decisions and actions players take, like trading, which have consequences in the game as a system); scoring mechanisms; win/loss conditions; how fun the game was as an experience; and replayability (did the student enjoy playing, and would they like to continue playing?). He also asked students more direct questions, like, “What did you learn from the game?” and “How would you suggest using this game in a learning environment?”

The culminating activity was to have students play the downloadable Oregon Trail world for Minecraft: Education Edition. Once downloaded (adventure maps are free if you have already used Minecraft: Education Edition), students can start by playing through mini-lessons (the download portal provides lesson plans) that teach concepts like economics (supply-and-demand on the Trail) and geography (map-making skills). Isaacs went one step further, challenging his students to mod (modify) the world by improving on the experience, or by adding even more game elements to the lessons.

Using a Game as an Anchor of a Lesson

Like reading and analyzing books or film, games can be the center of a lesson. In my classroom, I have had students play the social deduction game Werewolf, and then had them remake the cards to be about the Salem Witch Trials. I also use free digital tools, such as Scratch, to ask students to make sequels to educational games played in class. Not only are students learning coding in a situated cross-curricular context, they are having fun doing it. The best part (for me, selfishly, as a teacher), is that when the projects are all completed, each one is different. And for students, the game became an excuse for them to learn deeper and engage closely with content that may have otherwise seemed boring. 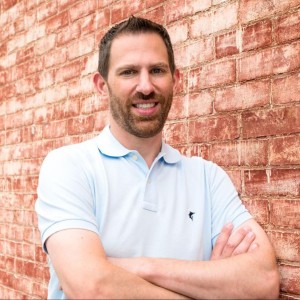 Matthew Farber, Ed.D. is an Assistant Professor in the Technology, Innovation, and Pedagogy program at the University of Northern Colorado. His research is at the intersection of teacher education, learning technologies, and game-based learning. He ponders how educators use games in their classrooms to give students agency, while also teaching skills of empathy, systems thinking, and design thinking. Dr. Farber is a former classroom teacher who led the way in bringing games to the classroom, as an academic on the topic and as an author about the implementation of games in the classroom. Dr. Farber has been invited to the White House, and he has been interviewed about games and learning by NPR, Fox News Radio, USA TODAY and The Wall Street Journal. He is also an Edutopia blogger, a Certified BrainPOP Educator, and he is in the iCivics Educator Network.  His book, Gamify Your Classroom: A Field Guide to Game-Based Learning — Revised Edition (Peter Lang, 2017) features a foreword from USA TODAY's Greg Toppo. He is the also co-editor of The Game Jam Guide (Carnegie Mellon University: ETC Press, 2017). His newest book, Game-Based Learning in Action: How an Expert Affinity Group Teaches with Games (Peter Lang, in production), has a foreword from James Paul Gee.
View all posts by this author