A few years ago, while trying to come up with a way to make my assignments more relevant to my students’ lives and to ignite passion in their work, a flurry of “explainer videos” started popping up on YouTube.

Explainer videos are short and catchy combinations of moving images, audio, and music. They are typically packed full of information about some specific idea or topic and may even include an on-screen actor or reporter who walks the viewer through the story.

While watching these videos, I realized what I was looking for . . . an opportunity for my students to produce some explainer videos of their own.

I began by calling upon my broadcast journalism students to create explainer videos in which each student described him or herself—a kind of biography project.

This allowed them to concentrate on a topic that they were already familiar with. It also allowed them to complete a project in a shorter amount of time than usual, with the finished product serving as a way of letting the students get to better know one another at the start of the year.

To create their explainer videos, my students used Apple’s Keynote, a free presentation software for Mac and iOS and an easy-to-use alternative to Microsoft Powerpoint.

One great feature of Apple’s Keynote is that it can easily record an audio track to play over the presentation itself–the presenter can essentially place a “live recording” over the video.

The first step of the assignment required my students to watch examples of explainer videos found online. I wanted them to be able to identify and analyze the elements and techniques they would need to use in their own videos—how to communicate ideas clearly; the types of images, statistics, and graphic elements necessary to tell a story; and how to organize the information so it makes sense to an audience.

Next, we watched examples of animations created with Keynote. I also provided the class with a copy of the free multi-touch book, Design Secrets Revealed,  so that it might help them better understand how to make a presentation visually appealing and easier for an audience to comprehend.

Then I gave a 30-minute tutorial on how to use Keynote to create animation. The simplicity and options of Keynote excited my students and inspired them to think about how they could creatively tell their stories.

For homework, the students were asked to write scripts for their own voiceover tracks, collect images and statistics, and design their animation. The next day, we spent about two hours completing the videos.

Since this was their first time using Keynote’s animation elements, and since the turnaround time was quite short, the videos were not as polished as we might have liked. However, the exercise served as a great way for students to become familiar with the tool, to learn to tell a story with graphics and voiceover and to become better-versed in elements of design.

See below for an example of one of my student’s explainer videos.

My students were asked to complete their projects in only four hours’ time, and over the course of only two days. Here are my suggestions to make your assignment better:

Although my background is in journalism and film production, I found that the KQED Teach courses “Making Infographics” and “Designing Presentations” helped clarify design and layout skills I needed to develop with my students.

Explainer videos are a great way for teachers to check for understanding while also allowing students to have an impact on an audience beyond the classroom.

Explainer videos also teach students important media literacy and design skills that they might need in the “real world” someday.

More than anything else, my students had great fun playing around with the explainer video style. 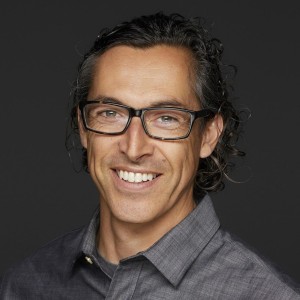 Michael is an award-winning cinema and journalism teacher in Los Angeles whose work focuses on social justice, digital storytelling and media literacy.  He speaks regularly at conferences in the U.S. and abroad, like CUE, ISTE and SXSWEdu on topics related to tech integration and innovative teaching and learning strategies. Michael also leads students and teachers on documentary trips to Vietnam, Cuba and Cambodia as part of an experiential learning program.  He is an Apple Distinguished Educator, Google for Education Certified Innovator and PBS Digital Innovator.  Follow him on Twitter and Instagram: @cinehead and at www.michael-hernandez.net