“I know that change can only be made by speaking out…”

Let’s face it: people can be mean. In our online culture, bullying and name calling is rampant, and, naturally, that behavior seeps into our school environments. In response, some campaigns have been launched to spread awareness to end the use of harmful words. For example, the R-Word campaign aims “to spread the word to end the word” when it comes to using the term “retard”.

Do you feel comfortable speaking up to your classmates and friends?

More recently, since the presidential election, bullying attitudes of some students were emboldened, taking of the form of hate speech and vandalism.

While on a day-to-day basis, other actions may not be as extreme as the bigotry of racist slurs and symbols that go viral on the news, students are still confronted with harmful messages.

So what happens if the moment doesn’t make headlines? Or what if someone–maybe even a friend–repeats a widely used phrase? How do we feel about speaking up then?

In this featured piece, freshman Anoushka Ambavanekar of Folsom, CA recalls a time when she chose to take a stand against a student who used the phrase, “that’s gay” to refer to something as “bad”.

“Taking a Stand” by Anoushka Ambavanekar

“Don’t be a bystander.” “Stand up for yourself and others.” “Make a change.” As students, we hear these things all the time, so often that they no longer have meaning. The words are drilled into us. We hear them and assure ourselves that we’re not bystanders, and that when it really comes to it, we are brave enough to make a change and advocate for what is right. But how many of us do stand up for what is right? And how many decide it’s a lost cause and take the easy route?

A recent event in one of my classes left me thinking about this. As a teacher assigned a piece of classwork, a classmate sitting next to me groaned and said, “This class is so gay.” “Did you have to use the word “gay” as an insult?”, I asked him disgustedly. He laughed and replied, “Yeah.” I attempted to explain that by calling a class gay when you mean to insult it implies that being gay is bad. He replied, “It is.” Some of our classmates around us began to defend him. I was confronted by a student who told me that it is “normal in society” to use ‘gay’ as an insult and that everyone does it. I fought, saying that just because it is normalized doesn’t mean it’s right. I replied saying, “Change is never made by accepting what society says is normal.” “Yeah, it is,” she told me. Seeing that I would not be able to convince her, I decided to not further an already lost battle. However, I knew that I did the right thing by at least trying.

I know that change can only be made by speaking out and by protesting. By allowing things to stay the way they are, society will never change for the better. A well-known and relevant example is that of Rosa Parks. The day that Rosa Parks refused to give up her seat was an important day in civil rights history. Simply by refusing to accept what was normal at the time–discrimination against people of color– Rosa Parks made a large impact in inspiring others to do the same until tangible changes like the Civil Rights Act were made.

Though it may seem cliche, it’s true that even the smallest act of defiance against what is truly wrong can have the biggest effect. It takes courage to look someone in the eyes and say “No.”

Have you ever experienced a situation with classmates or friends where you wanted to speak about something you felt was wrong? How did you react?

Hate crimes saw a spike after November’s election, and middle and high schools saw a high number of them. What’s happening and how are administrators responding?

WEBSITE: Drop The I-Word Campaign (Colorlines/Race Forward)
In this campaign launched in 2010, Race Forward seeks to eliminate the use of the word “illegal” from conversations about immigration.

What Does It Look Like To Stand Up For What’s Right? 24 August,2017Chanelle Ignant
Explore: Blog
Show Comments (31) Hide Comments 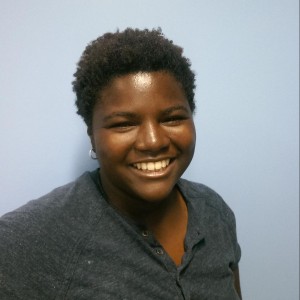