I am a 5th and 8th-grade science teacher and at the start of the 2013 school year, I wondered if I could get my students to become productive scientific writers. To find out, I introduced my students to the concept of blogging at the start of 2013, and have had my students experiment with blogging ever since. As a result of this experimentation, I have concluded that by blogging my fifth and eighth-grade students can indeed become prolific  content writers, adept at explaining concepts and making their thinking visible. This is our story…

In September 2013, when I first introduced the idea of blogging in the science classroom, I was met with the usual response. First, excitement at using this “new” thing that nobody else in my district was using, followed quickly by the realization that there were assignments to be written. There were lots of groans and complaints along the lines of “Why do we have to do this?” So much so, that in November I published a post for my students explaining why the blogs were not going away!

At the beginning, the assignment was pretty straightforward: Tell your readers what you learned in class. I was not expecting much more than what I got, which was a simple one paragraph answer and perhaps rhetorical questions about the content. Their blogs then were a simple extension of the notebook, a “substitution” if you will. During the year I experimented with different ideas, adding to and modifying the blog requirements. By the end of that first year, two things became clear: First, aside from weekly writings, blogs could also be used for more thorough reflection on a subject. (I teach using project-based learning, and one of the cornerstones of this type of teaching is the reflective piece.) And second, the blogs had become a space where students were exploring ideas not presented in the classroom. Some students had moved on beyond the assignment to write about scientific concepts that were of interest to them.

The Second Set of Blogs

As we started the 2014-2015 school year, I knew that the blogs had to become more rigorous. I wanted them to be a place for weekly reflection as well as a place for students to explore other content related to the class. I no longer simply asked, “What did you learn?,” but, instead, started pushing for a more in-depth commentary. The assignment was the same at all grade levels, and since I gave the option of V-logs (video blogs), most students blogged consistently. Although blogs were a chore to grade, the improvement in their writing was evident. Little did I know that there was still some tweaking to be done.

The 2015-2016 year marked a major milestone for my student bloggers. I see the same students for four years, so the little fifth graders that had started blogging with me were now seventh-grade pros. In March of 2016, my first student wrote her 100th blog post, and although all of them have since reached this number, she was the only one to ever celebrate it with yet another post.
I also noticed something interesting happening in the blogs that school year. Throughout the year, I talked about NGSS science and engineering practices, as well as cross-cutting concepts. And this thinking started appearing in the blogs..

Armed with three years of blogging experience, I began this school year with a new set of grade-level expectations for the blogs. I knew that continuing to ask for weekly reflections was a bit much; students often don’t have the stamina or metacognitive abilities to produce in-depth thinking on a consistent basis. Instead, I  now ask them to begin by stating what they know about the week’s topic after  participating in the lessons. I have made it very clear that this first paragraph should not include “what we did,” or even “what I learned.” I want them to take a step back and summarize the content explored in a given week. Then, depending on grade level, they either:

Fifth grade: Add a “surprise,” which gets them ready to think like scientists, looking for the unexpected or incongruous around them.

Sixth grade: Add a science and engineering practice (S&EP), which is aimed at illustrating how they practiced the skills needed to act like scientists.

Seventh and eighth grade: Add both a S&EP and a cross-cutting concept, which reveals the connections the students are making between the different content topics we have studied.

These changes don’t  mean that we no longer write more extensive reflection blogs. I’ve just confined those to the end of a unit or project.

Even though we are publishing using a public platform, we have yet to explore the world of commenting on each other’s posts. Nor have I asked the students to publish more broadly. However, as you can see from the linked grade-level examples presented above, blogging in a science class is not only doable, but is also a way for students to make a positive digital footprint. Although many of them cringe when they read their first posts, they are still proud of how much they have grown since they first started writing, and this is what blogging is all about.

If you would like to learn how to set up blogs in your classroom using Blogger, go ahead and watch this simple tutorial. The video is also included in this presentation that illustrates the use blogs in the classroom. 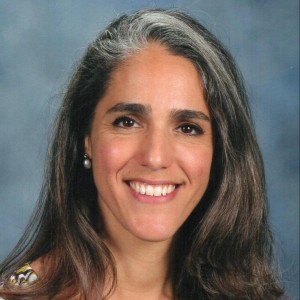