In a special episode of Above the Noise, host Shirin Ghaffary asked the host of the popular TV show MythBusters, Adam Savage, about why he participated in the  March for Science in San Francisco on April 22.

Use the Above the Noise discussion guide and student worksheet to start a conversation in your classroom!

Savage, who considers himself a scientist despite having only a high school diploma, is a passionate advocate for science. He says that much of the current opposition to science in this country comes from the belief that it’s an “elitist, provocative way of looking at the world. When in fact, it’s just an attempt to look at the world clearly.”

He chose to speak at the march last Saturday because “it feels like science is in trouble, ” he said. “That’s terrifying to me. The hostility to facts is super dangerous not just in the short-term of how we listen to our leaders, but in the long-term in the ways in which we treat each other moving forward.”

In addition to supporting scientists, Savage says it’s also crucial to teach media literacy so that young people learn how to separate fact from fiction in the media. “One of the sad things about all of this fake news and the bombardment of stories that have come down the pike over the last year is that it exploits this uncritical reading that so many of us do on the web,” he says. “But it’s really vital as citizens, as good citizens of both our world, our country, our culture and our families, that we don’t read things or absorb things uncritically.”

Savage feels that the scientific method is “what makes us the most successful species that have ever existed.” Gathering empirical data, testing results and asking good questions, he says, is what keeps us learning and improving — “it isn’t some mystery.”

Watch our coverage of youth voices at the march in San Francisco:

And subscribe to Above the Noise for new episodes every other Wednesday! 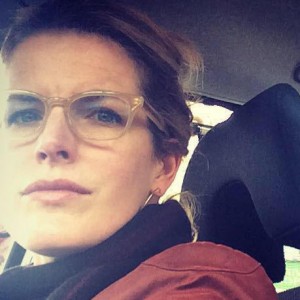