As a high school journalism teacher, I have started my classes off for years with various digital ‘get-to-know-you’ activities — everything from having students write me a letter using the computer, to playing various online interactive classroom games— all, theoretically, supposed to give me a better idea of who my students are and what their needs might be.

However, since I’m always looking for ways to provide my students with NEW opportunities to engage with digital media, I decided this year, for the first time, to also offer my students a chance to describe themselves via a video project I call the iAM Video Project, with this project having been inspired by fellow journalism educator Don Goble’s iAm iMovie Trailer Project.

The iAM video project allows students to engage at the highest level of critical thinking through digital storytelling. It is also a fun and easy way to learn important media literacy lessons by creating content using photos, audio and video.

While the idea of this project was initially developed with iPads in mind, and using the iMovie application, I made modifications to make it more accessible for classes who might not be using Apple products.

I requested that students include at least 30 pictures to help illustrate their videos. Because Adobe Spark can be downloaded as a mobile app, students could easily pull photos from their camera roll on their mobile device. For students who didn’t have photos they liked, there was any easy solution. Go take some!

Additionally, since Adobe Spark allows narration to be recorded over photos and the video, students were able to record their voice over outside of class in a comfortable setting. Incorporating audio added an additional layer of depth to the project and the goal of promoting digital literacy through creation.

When I started to assess the projects, I was ecstatic about the outcome. By allowing students to tell their own stories, I’m convinced I learned more about them than I would have from any of my previous projects.

Students who might not feel comfortable speaking aloud in class, or were unconfident with their writing skills, were still able to tell their stories and utilize their voice for an authentic audience.

While I still learned commonly discussed things about my students, such as their favorite music or sport, I did not anticipate the depths that some students would reveal about their personal lives. Working in a military community, several students told about their parents who were deployed overseas, or about having to live with extended family. Other students felt that it was important to let me know about their sexuality. The details that they were willing to share with me was truly humbling.

At the end of the semester I even had a student, who was reluctant to try this new project when it was assigned, admit that he ended up using the video feature of Adobe Spark for a project in a different class.

I encourage you to try this project in your own classroom. The digital storytelling and digital literacy skills that students will learn are important, but what you learn about your students will be equally important. 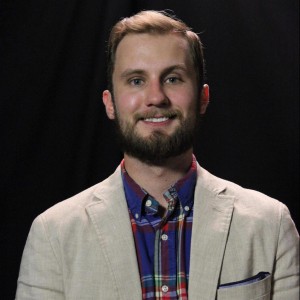 John Walter is a journalism educator and student media adviser at Junction City High School in Junction City, Kansas and is currently in his third year of teaching. John is a graduate of Kansas State University where he studied journalism education and American ethnic studies. He focuses on 21st-century digital media skills and social justice pedagogy. John is an active member of the Journalism Education Association, Kansas Scholastic Press Association, and the Association for Career and Technical Education. Connect with John on Twitter at @John_MWalter.