President-elect Donald Trump’s campaign and subsequent election was inspired in part by widespread frustration with business as usual in Washington. But his first 100 days will be watched closely by insiders and outsiders alike, following a time-honored tradition that dates back to the Great Depression.

Presidents didn’t always have so much riding on their first 100 days, which span from Inauguration Day (January 20) through the end of April. It was President Franklin D. Roosevelt’s first 100 days that set the gold standard–and the 100-day clock ticking for subsequent presidents. FDR, who came into office in the depths of the Great Depression, managed to stop a run on the banks and push 15 bills through Congress in his first 100 days, many aimed at getting people back to work, boosting regional economic development and restoring faith in the banking system. It’s a hard act to follow.

During the election, your students may have focused on an issue that meant a lot to them, or they may have tackled a variety of issues. We recommend asking students to choose one issue to follow through the first 100 days, using these or other resources.

President-elect Trump’s first 100 days plan
This document from the Trump transition team outlines the goals for the administration’s first 100 days. The two-page document can also be used to discuss the powers of the executive branch vs. the legislative branch. The first page details policies that primarily fall within the executive branch. The second page describes the ways Trump hopes to work with Congress.

KQED’s The Lowdown: President Trump’s First 100 Days
This post examines key issues from the campaign that the Trump administration and Congress plan to address between now and April 30.

The Inauguration of a New President: A Lesson Plan for Predicting and Evaluating the First 100 Days of a Trump White House
This lesson plan and resource list from the New York Times Learning Network is packed with information on Trump administration’s agenda for the first 100 days.

A President’s First 100 Days Really Do Matter
FiveThirtyEight takes a data dive into the first 100 days of every administration from Roosevelt to Obama, and in some cases as far back as the McKinley administration at the turn of the 20th century.

A Realist’s Guide to Trump’s First 100 Days
This nonpartisan commentary from the Minneapolis Star-Tribune looks at the likely victories and potential obstacles the new administration will face.

The Letters to the Next President 2.0 archive
More than 12,800 young people from 47 states wrote letters to the next president before the election. Explore the issues that matter to young people ages 13-18 on the letter archive.

First 100 Days
This upper elementary curriculum from iCivics explains the history of the first 100 days and how the president is evaluated during this time.

We will continue to add resources and update this post regularly, so check back often! 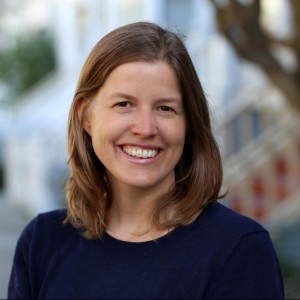