I called that account @PeterPaccone and, with time, learned that Twitter offers up many benefits for a teacher. One surprising and unexpected one — Twitter can be used to promote student engagement in my high school world history classroom.

The specifics, in just a moment, but first a question: How many of you can relate to the following scenario?

You’re in high school, and on day one you have entered a classroom feeling upbeat and positive. The title of the class alone is interesting, and after listening to the teacher’s introductory remarks and way of speaking, you’re hooked. But from then on, things go downhill, and downhill fast. Before you know it, you disconnect and stay disconnected for the rest of the year. Was it the rigor or the way the teacher taught? You can’t really say for sure. You just know you were done.

Have you ever experienced anything like that? For me, it was biology class. I was so fired up going in, but then, within just a few weeks, I found myself increasingly falling behind. The class lectures, reading, testing, memorization and homework assignments were either too challenging or bored me. In any event, I lost interest, disengaged and hence, today, remember nothing from that class — not even the teacher’s name.

Given my experience, the following statement should come as no surprise: When I became a teacher, it was super important for me that my students, from the start of the year through to the very end, always felt like they had something of value to offer the class. Something that would show that they were learning and engaged.

Then I discovered Twitter, and things got kicked up a notch.

I now often invite my world history students to earn extra credit by emailing me something that I can post to my Twitter feed, and which meets the following criteria:

To this end, I recently had a student send me two works of art — each focusing on something important that she had learned about during our unit on the Industrial Revolution. During our unit on World War I,  one of my students sent me a 3D, computer-generated image of a Lee–Enfield bolt-action, magazine-fed, repeating rifle — the principal firearm used by the military forces of the British Empire during the war.

This same student also sent me a computer-generated image of the infamous World War I no-man’s land (the land that was located between two enemy trench systems, which neither side wished to cross or seize due to fear of being attacked by the enemy in the process.) This same student also created, for the class, a 20-question Kahoot learning game relating to material covered during the first semester. All three of my world history classes absolutely loved playing the game and I posted video and still shots of the students playing it to my Twitter account. I also had a student use the StoryCorp smartphone app to interview her mother about elections past and present. To both hear and read a transcript of the interview, click on the image below.

And I’m just getting started. No doubt that there’s much more that my ninth and tenth grade world history students could do to demonstrate learning, and which I would gladly post to my Twitter account.

One thing is for certain, regardless of the extra credit points I offer (nominal at best), when I tell my students that I will post their extra credit work to my Twitter account, they welcome the opportunity, and that means engagement. 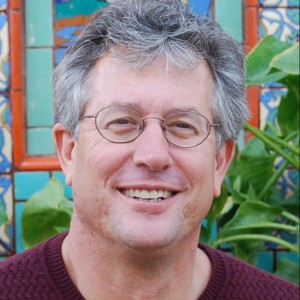