Whenever my sixth grade students tackle difficult topics, such as climate change, I want them to not only learn about the science, but also to to explore personal and community-based solutions. Enter Earth Care Geek — the project we embarked on last year to explore some of the complex science issues in the headlines.

Although my preference for a large project is to have it mapped out before starting, this time I had just a rough sketch in mind: learn about a topic, look at Web content with a critical eye, understand there are multiple points of view on complex issues, and communicate findings with evidence and passion to the public to inspire others to care about, and even take action on, an issue.

Since this project-based learning would take place over the course of several months, selecting inquiry groups was particularly important. I selected about a dozen current events and students rated their interest in learning more about each topic. Groups were formed based on expressed interest — with group dynamics factored in to create a workable balance.

I explained to students that they would create a website to share their findings with the world, but before we started, we would need to learn about vetting websites. As part of that process, students would dissect organizations’ names and mission statements as well as look at sites’ authors, sponsors and content for evidence of possible bias. They’d also need to determine if the statistics cited were published in peer reviewed science journals.

To begin, I had them review several pre-selected sites on the topic of genetically modified organisms (GMOs). We started with a straight-forward site that everyone could clearly see had a perspective on the issue: the Non-GMO Project, which had plenty of evidence — from the URL to their mission statement — of a particular perspective on the topic. The website for a consumer journal about healthy eating choices was less obviously biased, and was even thought by students to be neutral until one found on a PDF embedded in the last question of the FAQs page that listed the sites’ sponsors. Although they didn’t recognize the names of the large biotech sponsors of the site, they were familiar with the half-dozen fast food restaurants listed. One student blurted out: “Hey, how can these folks tell us what healthy food is? They don’t even serve any. I really question what this website says since these companies are paying for it.” It was a big “Aha!” moment. With a skeptical eye established, they started to explore other websites. I provided a Google document that each group used to aggregate their research, including who took the notes, whether a site was neutral or had a perspective and evidence to back their claim.

With this information, each group wrote a paper giving an overview of their topic. Then each student had to write a point-of-view summary from the perspective of one member of society. For example, students whose group did an Earth Care Geek project on honeybee Colony Collapse Disorder examined how consumers, local beekeepers and large scale orchardists might be impacted.

Students were also encouraged to use a variety of sources, from articles to essays to video, to help them understand how different people might respond to their assigned issue. A few groups asked if they could conduct interviews with experts and scientists and activists. They also wrote their own reflections on the topic. Each student’s piece of the assignment was peer reviewed by other group members, then by other classmates. Only after multiple revisions were students allowed to create a public website to share their findings.

Requiring students to deeply explore topics before creating their websites provided a strong foundation as we moved into the next phase — Act and Geek Out. The Act section included creating a PSA as well as a five-minute educational video about the topic. And since many people change behaviors due to emotional appeal, we added an element of joy into the topics with the Geek Out section. Students provided fun tips on how to change your life and engage your community. We learned that we can all be Earth Care Geeks with fun strategies to make a difference. 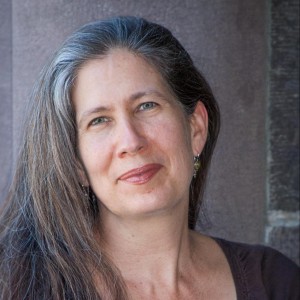 Rebecca Newburn is a middle school science and math educator interested in developing solutions to the human impact on our ecosystem. She was the video talent for a national algebra project after being discovered on YouTube, where she won 19 awards and Greatest Do-It-Yourself Guru status. She co-founded the Richmond Grows Seed Lending Library and created it as a replicable model, which helped launch hundreds of seed libraries globally.  Passion for biodiversity inspires her teaching.