Health journalism is a mess, which provides a great opportunity for science teachers. For my middle school science class, specifically, it provided the context and motivation for everything we did from our body systems unit to our culminating public health project.

Last summer, WNYC’s On the Media launched their “Skeptic’s Guide to Health News.” In the accompanying podcast episode, they tell the story of how a Ph.D-toting journalist laid a trap for health reporters with a study on chocolate and health risks. He did purposefully awful science (small sample size, mining a huge data set for correlations, etc.) in order to prove that he could find a journal to publish it and then garner worldwide media coverage. Soon, the Daily Mail was running the headline “Pass the Easter Egg! New study reveals that eating chocolate doesn’t affect your Body Mass Index!”

My students and I listened to the episode on the first day of a semester. Eighth graders delighted in the prank-like nature of getting a purposefully bad study into the mainstream news. They discussed how confusing it was to try to figure out which foods are considered “good” and “bad” when experts appear to be constantly flip flopping. And we talked a lot about gluten.

The conversation not only set up a series of student-generated questions that could motivate our exploration of the biochemistry of cholesterol, the interaction between the brain and the digestive system, and other core content, but it demanded that we explore science as a process. The conversation naturally segued into how to set up properly controlled trials, how to differentiate causation and correlation, and the importance of understanding whether a study was conducted on mice, humans or cells in a petri dish.

On the Media’s “Breaking News Handbook” for Health News Having analyzed and discussed the eleven points in On the Media’s “Breaking News Handbook” for Health News, their homework was to comb the Web for sensational headlines so they could practice tearing the stories apart with their new toolkit.

Here are few headlines they found, from sources both reputable and not so reputable:

Students then had to identify at least two violations of the handbook’s 11 pitfalls. As an optional extension, students could track down the published primary research that the news story was based on and compare the leaps and jumps that had been made from primary research to Internet click bait.

Even for students who did not do the extension and just took joy in finding ridiculous headlines about borderline inappropriate things, the activity set an important tone for the semester. They were motivated to seek out health-related headlines on the semester’s themes, but also to be skeptical of grand claims. They remembered the catchy phrases from the skeptic’s handbook:

They brought these phrases up again and again throughout the semester, particularly with our end-of-year assignment, The Public Health Project.

At The Nueva School, the 8th grade year culminates with students taking a two week trip to China, Japan or Spain, depending on what language they’ve been studying for the last three years. During this trip they have assignments for each core subject. Their science assignment is to identify a public health challenge in the country they visit and to create a compelling piece of science communication that accurately and entertainingly tells the story of their topic.

Students researched various topic before their trip, pitched a story (which they could change at any time) and then choose a communication medium, which could be a podcast, an article, a YouTube video, or any other format they had encountered over the course of the year. Both the content and the medium were up to them. They simply had to keep in mind the principles of good health journalism they had been studying all semester, while making it entertaining for a general audience. They were encouraged to incorporate some of the basic biology topics that we had covered over the course of the year, but the learning goals were more focused on interdisciplinary storytelling then on reviewing specific core content.

One student who went to China chose to study the impact of the “One Child Policy” on elderly care, and how modern technology can help address some of the challenges. A student who went to Japan chose to study the health impacts of eating so many pickled vegetables, and how health experts seek to balance the population’s higher-than-average sodium intake. Student videos were incorporated into an interactive iBook featuring their assignments from all of their subjects and were published online so that teachers, family members and their peers could see their work. Having to create their own science media certainly gave them some empathy with the tension between sensationalism, oversimplification, conveying information and leaving their audience with useful and accurate information to make their own decisions.

Between the playful subterfuge of the chocolate study prank, the raw middle schooler joy of challenging the authority of popular media, and the ability to create their own media based on their travels, this skeptical framing of the semester offered an excellent way to infuse life science study with enduring lessons about critical thinking and media literacy.

If you want to learn more about evaluating online information in your classroom, take our free, online course Finding & Evaluating Information on KQED Teach. 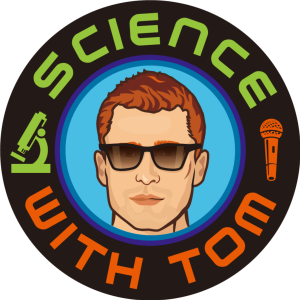 I spend half my time teaching 8th grade science at The Nueva School in Hillsborough, CA, and the other half as "Science With Tom", making YouTube music videos and performing at public schools throughout  the Bay Area. To hire "Science With Tom" to make a video or do a workshop or live show at your school, you can contact me here.