A year from now most of the high school students I currently teach will be eligible to vote, and I believe that one of my roles is to help them become part of an informed electorate. However these days it seems like politics and propaganda take precedence over rational discussion, especially when the conversation goes online. One goal I have in my classes is introducing my students to civic (and civil) dialogue.

Essentially, what I’m talking about is teaching argument the way it’s been conceived since Aristotle’s time. Whether it’s the Common Core State Standards for English Language Arts or the writing standards of the states that have not adopted the CCSS (for example, Texas’s TEKS), all 50 states have writing standards that include the teaching of argumentative writing supported with appropriate evidence and claims.

It seems that everyone agrees that in order to be “college and career ready” our students need to know how to write argument and back it up with evidence. In reality, this approach falls short when our own assumptions are challenged; however, research shows that learning gains are greatest in these moments of “cognitive dissonance.”

A few years ago I started incorporating weekly activities from KQED Do Now into my classroom because it is an effective tool for building civic engagement with my students. One of the things I stress when my students compose online is that claims need to be backed up not only by evidence, but also by providing direct links to that evidence when writing argumentation via social media. Here’s an example from a student’s blog comment summarizing an article supporting her position on a recent Do Now discussion about refugees:

Do Now also encourages students to participate in online discussions using Twitter. Although there are already a lot of quality KQED resources showing how to use Twitter and other social media in the classroom, one of the things I tell my students is to use the blog as a way to explain and support your position, and then use Twitter as a place to state your thesis and link to the evidence. For example, the student’s tweet on the same issue as the blog post above looked like this:

One of the most important points about writing argumentation is that in order to make the best case the writer has to understand and consider the strongest arguments on all sides of an issue. One way to have students understand this process is to use a resource like procon.org to find evidence for opposing sides and then engage in thinking protocols like the Circle of Viewpoints so that they will learn to cite compelling evidence not only for what they believe but also for the arguments and evidence of those who think otherwise. Here’s an example of a student who cites both sides of the argument on a recent Do Now over whether gaming can teach youth to be better citizens.

Supporting online arguments with evidence is important, but it becomes essential when students fundamentally disagree on controversial topics. For example in the Do Now discussion about who was at fault for the last government shutdown in 2013, some put the blame on President Obama while others assigned fault to Congress. Discussions that took place on most blogs and discussion boards back then quickly devolved into online shouting matches. But notice the tone of the student response on the KQED blog when the dissenting opinion is backed with some data:

Approaching controversial issues sensibly and substantiating claims with direct evidence is a path toward healthy argumentation. The danger of social media is that we all retreat to our own echo chambers and filter bubbles, refusing to acknowledge rational ideas from those who think differently. The promise of social media is that we present our arguments publicly and transparently, remaining open to the fact that those who think differently might actually have better solutions to our shared problems. Learning to participate in and compose online argumentation is an essential skill. 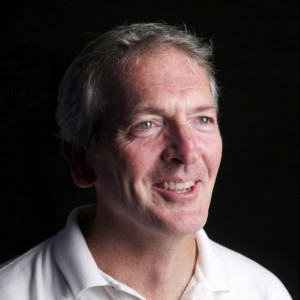 Chris Sloan teaches high school English and media at Judge Memorial in Salt Lake City, Utah. A doctoral candidate in the hybrid Ph.D. program in Educational Psychology and Educational Technology at Michigan State University, his research focuses on student motivation and digital composition. He has been a teaching consultant with the National Writing Project since 1993.