To respond to the Do Now, you can comment below or tweet your response. Be sure to begin your tweet with @KQEDEdspace and end it with #DoNowHebdo

When should free speech be protected and why?

On Jan. 7, two gunmen entered the offices of French satirical newspaper Charlie Hebdo and opened fire, killing 12 people. Following the attacks, the brothers took a hostage in a town north of Paris, and another man attacked a kosher grocery store and took hostages. All three were killed by French police.

Al Qaeda in Yemen took responsibility for the attack, saying that it was in retaliation for images Charlie Hebdo published of the Islamic prophet Mohammed. Muslim teachings state that portraying the prophet is offensive and encourages idol worship.

The events spurred demonstrations in support of free expression throughout France and the world; one march in Paris drew between 1.2 and 1.6 million. It also gave rise to the phrase “Je Suis Charlie,” meaning “I Am Charlie,” a message that thousands used in marches and on social media in solidarity.

In response to the attacks, the remaining staff of Charlie Hebdo published a new issue Wednesday; the cover featured an image of Mohammed holding a sign that read “Je Suis Charlie” under the message “Tout est pardonné,” meaning “All is forgiven.”

Some news outlets covering the story have voiced their support for Charlie Hebdo’s freedom of expression while electing not to publish the cartoons. The New York Times editor Dean Baquet has said that some of the cartoons amounted to “gratuitous insult,” which overrode their news value.

NPR stated that some of the cartoons violate their standards of offensive material, and publishing only the images that do not could send a false message that “Charlie Hebdo is only a bit edgier than other satirical publications.” This would skew readers’ perception of the story, NPR wrote.

Debates over free expression have taken place in France as well, with many questioning the limits of freedom of speech. French law does not protect defamation or hate speech, nor does it protect speech that is anti-Semitic, racist or homophobic. Since the attacks, French officials have arrested 54 people for hate speech, including a French comedian who prosecutors say voiced support for one of the attackers in a Facebook post.

VIDEO: Death of cartoonists in Paris draws out passionate defense of free expression (PBS NewsHour)
Pens — weapon of choice of the murdered cartoonists of Charlie Hebdo — were raised in their honor at vigils around the world. Jeffrey Brown talks to two editorial cartoonists, Tom Toles of the Washington Post and Ted Rall of the Los Angeles Times, about the role of satirical cartoonists in society and their declining number in the U.S.

To respond to the Do Now, you can comment below or tweet your response. Be sure to begin your tweet with @KQEDedspace and end it with #DoNowHebdo

ARTICLE: A Close Call on Publication of Charlie Hebdo Cartoons (New York Times)
Was The Times cowardly and lacking in journalistic solidarity when it decided not to publish the images from the French satirical newspaper Charlie Hebdo that precipitated the execution of French journalists?

AUDIO: Why You’re Not Seeing Those ‘Charlie Hebdo’ Cartoons (NPR)
Wednesday’s attack at the Paris office of the satirical weekly Charlie Hebdo is thought to have been the work of killers who believe cartoons can be so offensive that they justified the murder of 12 people. But just because offensive images are part of a story does not mean a news organization must publish or post them with its news reports. Listen to this story to learn more. 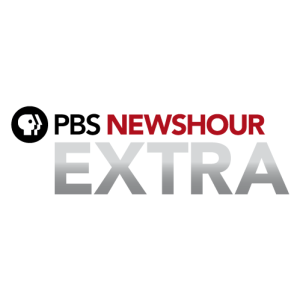 Using the standards and resources of PBS’s NewsHour, PBS NewsHour Extra provides students and teachers with quality educational resources based on current issues and events.