Business and labor leaders are showing support for an immigration reform bill proposed by a bipartisan group of U.S. senators which would affect approximately 11 million undocumented immigrants who already live in the U.S. The reform being discussed includes the “Dream Act” which would create an expedited path to citizenship for young people who were brought to the U.S. as children, if they attend college or serve in the military. It is believed that fixing the immigration system will, among other things, boost the economy by documenting these young people and allowing and encouraging them to attend college and possibly work in the STEM (science, technology, engineering and mathematics) fields. Major companies and organizations like Microsoft, Intel and the National Science Teachers Association, support the plan since there are more jobs than qualified applicants in these areas.

All the talk of educating undocumented immigrants seems to focus on the 65, 000 who graduate from American high schools each year.  But what about the adults?  Supporters of this immigration reform plan hope it will also offer adults a comprehensive path to citizenship, as well as educational and employment opportunities.  The last immigration reform bill, IRCA (The Immigration Reform and Control Act of 1986), offered legal residency to undocumented immigrants with an option to pursue full citizenship after five years.  It also provided billions of dollars for English and citizenship education so that applicants could learn about basic U.S.history and government, and be able to speak, read, and write simple English—all requirements for citizenship.

In his remarks on comprehensive immigration reform, President Obama said, “We’ve got to lay out a path — a process that includes passing a background check, paying taxes, paying a penalty, learning English, and then going to the back of the line, behind all the folks who are trying to come here legally.”  If immigration reform does go forth, what will that mean for adult English as a second language (ESL) instruction and citizenship education?

Immigration Reform Round Table – This Week in Northern California – 2/1/2013
Comprehensive immigration reform is on the table in Washington, with proposals from President Obama and a bipartisan group of eight senators. What is the potential impact on California, home to about 2.5 million undocumented immigrants, from farmworkers in the Central Valley to high-tech engineers in Silicon Valley?

Lori Howard is an ESL consultant, teacher-trainer, and author of three reading textbooks for adult ESL learners. Her 38 years of experience in the field includes teaching ESL, administering ESL programs and being a TV/Video teacher on the Learning English Series. She holds a TESL Certificate from UCLA and a Masters Degree in Educational Administration from Pepperdine University. 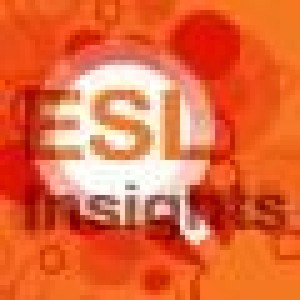