September: It’s when our real summer begins in the Bay Area. So  if you’re looking for things to do around the Bay Area, why not celebrate by hitting the road and exploring one of these unexpected spots within a few hours’s drive?

Ride Through Gold Country Aboard The Amador Central Railroad

Ione is a small Gold Rush town in Amador County, 30 miles east of Sacramento. Tourists come here for the wineries and casinos, but on the second Saturday of most months, you can take a trip back in time. For $10, anyone can ride a 3-mile stretch of the Amador Central Railroad, which in 1904 was the only way to bring supplies up the hills of California’s Mother Lode. Read more and see photos here.

Hidden in the foothills of the Sierra Nevada, in Calaveras County, California Cavern became the first cave to open to the public in the state in the 1850s. It’s still operational 170 years later, and its unique sights — including an underground lake system — are as astonishing now as they were to those first visitors. Read more and see photos here.

Learn the History of Surfing in Santa Cruz

The Santa Cruz Surfing Museum doesn’t look like your typical museum — because it’s a working lighthouse. But this tiny space, situated on a cliff overlooking the famous Steamer Lane beach, holds the distinction of being one of the first surf museums on the West Coast. Read more and see photos here.

The Bach Dancing & Dynamite Society in Half Moon Bay is not your average jazz club, and it’s not just because of the quirky name (more on that later). This legendary oceanfront beach house has been presenting Sunday afternoon headliner jazz, classical, and world music since 1964. Musicians who have played at the Bach include such luminaries as Betty Carter, Bill Evans, Dexter Gordon. Read more and see photos here. 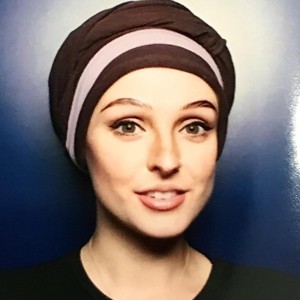 Carly writes and makes radio/podcasts about odd places, unexpected histories and not-so-popular culture for The California Report Magazine, Bay Curious and KQED Arts. She’s also the host of The Cooler podcast, and is KQED's Senior Social Media Strategist. Carly previously worked in digital content and engagement at San Francisco Ballet and before that, the museum world  back in the UK where she grew up. She received her master’s degree in English from Cambridge University, UK.