Hi, I’m Tonya Mosley and I am the bureau chief for KQED’s Silicon Valley desk, based in the heart of downtown San Jose. Everyday I see firsthand how the city is transforming.

Major companies are choosing San Jose to build and grow – and with that growth, the push for affordable housing is stronger than ever.

As the region undergoes this major transformation, we’d like to know, directly from you, how we can best serve you.  How do you stay informed and engaged with the changes impacting the region?

Let us know by texting PULSE to REACH (73224). In response, you’ll get a text from us asking specific questions about how you stay informed and engaged with the changes that are impacting the region. From there, you will receive no more than 8 texts each day for three days (December 12-14, 2017). If you respond to all our questions, you’ll be paid $15 for your time – $5 each day, and will be entered into a drawing for a $200 gift card.

You can text STOP to quit at any time. Standard message rates apply. And invite your friends, family and neighbors to participate.

Here’s how we collect and use your information. KQED is working with Groundsource to purchase opt-in cell phone numbers from a company called Exact Data. Those who have opted in at some point gave their number to a company Exact Data represents.

KQED is the sole owner of the information collected on this site and through the text service. We will not sell or rent this information to anyone. We will use your information to respond to you, regarding the reason you contacted us.

Thank you for taking the time to help us understand how to serve you better.  We look forward to hearing from you.

Do you live in San Jose? We want to know how KQED can better serve you  13 December,2017Tonya Mosley
Explore: Uncategorized 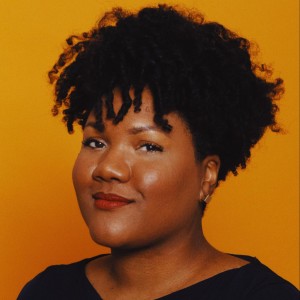 Tonya Mosley is the Silicon Valley bureau chief for KQED. She serves as the senior editor, leading a team of journalists covering the impacts of technology companies on the South Bay and society. Tonya is also a host and reporter for KQED.

Prior to KQED, Tonya served as a television reporter & anchor for several media outlets, including Al Jazeera America.

In 2015, Tonya was awarded a John S. Knight Journalism Fellowship at Stanford University where she co-created a workshop for journalists on the impacts of implicit bias, and co-wrote a Belgian/American experimental study on the effects of protest coverage.

Tonya has won several national awards for her work, most recently an Emmy Award in 2016 for her televised piece "Beyond Ferguson," and a national Edward R. Murrow award for her public radio series "Black in Seattle."

You can reach Tonya at: tmosley@kqed.org.