It all started in 2012 when Doniece Sandoval overheard a homeless woman on the street crying that she would never feel clean again. Sandoval took this lament to heart and decided she wanted to do something to help. So she began doing some research to see how accessible showers were for San Francisco’s homeless population.

“There were about 16 shower stalls for 3,500 men, women and children who literally live on the streets,” she explains. “And I thought that’s crazy, this isn’t a third world country, yet here in San Francisco, one of the most affluent cities in the world, we have issues with access to water and sanitation.”

Not long after this discovery, she founded Lava Mae, a non-profit organization that takes retired public transportation buses and converts them into mobile hygiene units for the homeless. In June of 2014, they launched their pilot bus. Fire hydrants provide the buses with water– a hose and water meter connect the fire hydrant to the bus, ensuring that Lava Mae is billed for the water they use. They also have a special agreement with the city of San Francisco that allows them to drain the shower water into the sewers. Storage tanks underneath the bus collects sewage from the toilets, which then gets transported to a treatment facility.

Lava Mae’s mobility allows them to partner with other homeless service organizations, and they pull their shower bus in front of those locations. This allows users to sign up for a shower time, so they can avoid waiting in a physical line, and, if they choose, users can utilize some of the services that their partner organizations offer. By going mobile, Lava Mae does not have to worry about losing their shower facilities to rising rent in San Francisco, and they can serve multiple areas instead of being restricted to just one location. While the buses offer these advantages over stationary shower stalls, actually converting the old buses into showers was quite a design and engineering challenge.

One of the biggest challenges was maintaining the structural integrity of the bus– making sure that the bus won’t tip or fall over when taking turns or going up and down the hills of San Francisco. Making changes to the bus, like creating skylights and adding water storage tanks, can affect the stability of the bus. Converting these buses required a very careful design. Sandoval solicited the help of Brett Terpeluk, an architect. Part of the design process involved reaching out to the homeless community and running focus groups to determine user needs. The team realized very quickly that they wanted to create private, safe spaces in which people could shower. Given the size of the bus, that meant that they could only fit two bathrooms on the bus, each with a private shower, sink, toilet and changing area. They also wanted to ensure that one of the bathrooms was accessible by wheelchair and to those with disabilities.

In addition to the structural requirements, they also wanted to make sure that they were creating a welcoming and clean environment, complete with skylights and music.

“You’re thinking about the user, and the kind of experience you want to create for that specific user. And we knew we wanted this to be a joyous, light-filled, contained environment,” explains Terpeluk.

After they had the design down, they turned to Airco Mechanical, a Sacramento-based company, to actually convert the buses. They had all sorts of engineering challenges they had to figure out. For example, how do you heat the water? How do you waterproof the interior? How do you lay the pipes on a structure that will not be consistently level?

“There’s a lot of problem-solving that goes on. That’s where the challenge is and that’s where the reward is, in solving problems,” explains Wyatt Jones, the CEO of Airco.

So far, Lava Mae has converted two buses. They call their first bus their prototype.

“So knowing that bus number one worked, you take that pride and move it on to the next one and go, ‘Hey, we’re going to make this thing even better than before,’” says Chris Doherty, a shop foreman at Airco that worked on the buses.

The team has made several improvements from the first to the second bus. For example, on the first bus they installed a 50-gallon water heater like you would find in your house. They found these types of heaters to be cumbersome, heavy, and difficult to control, so for the second bus, they switched to instantaneous water heaters. These are smaller boxes that are more friendly to a mobile environment. They also installed a larger generator on the second bus to increase the amount of electricity the bus could use. And, they switched their waterproofing material to one that was a bit more flexible and could handle wear and tear caused by a moving bus.

Since Lava Mae’s pilot in June 2014, they’ve provided almost 4,000 showers to just over 2,000 homeless individuals in San Francisco. And the Lava Mae team is not stopping, there are plans to expand their fleet. They are also working to turn their model into a toolkit that other communities can replicate. Check out their website for advice on creating mobile shower units in your own community. 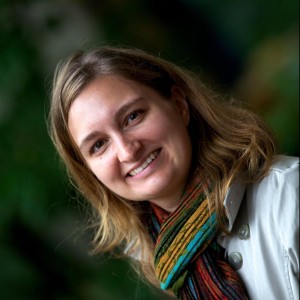