At Koi Palace restaurant in Daly City, more than 70 members of Gloria So’s family are raucously celebrating her mother-in-law’s 80th birthday. The Chinese banquet is a nine-dish affair, in which servers bring in one mouth-watering plate after another. There are shiny shiitake mushrooms, over a bed of mustard greens; noodles, which represent longevity; a whole fish, for a plentiful future, and an exotic – and expensive – soup.

Last year, the steaming chicken and pork broth would most likely have been topped with brownish, crunchy shark fin, and would have cost anywhere between $20 and $100 per bowl, depending on the size of the fin pieces.

“The person that’s serving shark fin soup to their guests is really showing them that they have wealth and that they treat their guests with respect,” said So.

But since a ban on shark fin sales in California went into effect in July of last year, chefs and restaurant owners have replaced the controversial delicacy with ingredients that are equivalent in texture and price – with mixed results. At Koi Palace, owner Willy Ng said that he was unable to get patrons excited over a shark fin substitute made out of gelatin. And his attempt to substitute shark fins with the fins of elephant fish, which come from Australian waters, failed as well. Elephant fish fins just don’t pack a punch the way that the large, fan-shaped shark fins did.

“They’re tiny,” he said. “It’s like they’re from a goldfish,” he added with a laugh.

When shark fins were legal in California, Ng prided himself in offering his patrons something “rare and sophisticated,” he said. Some species of shark were so difficult to catch that their sun-dried fins fetched prices that made them almost “a collectible item.”

Precisely because sharks were becoming rare, environmentalists pushed to ban the sale of their fins, said Peter Knights, the executive director of the San Francisco-based group WildAid. His organization estimates that some 73 million sharks are caught each year exclusively for their fins. Video provided by WildAid shows fishermen on board a boat in Costa Rican waters cutting off the fins of a writhing shark, then dumping it back into the water, where the animals sink and die.

“We always see this with these products, be it elephant ivory or rhino horn or shark fin,” said Knights. “When one particular component of an animal becomes very valuable all the rules go out the window and it’s a free-for-all. And those animals are going to be in serious trouble.”

Scientists have found that close to half of the world’s 500 shark species are threatened, and their decline is already impacting marine ecosystems.

“In some cases, the skates and rays have increased because the shark numbers have gone down. And that’s led to shellfish declines, because they eat the shellfish,” said Knights. “Tuna might reduce in certain areas because the animals preying on the tuna, like sea birds and other species, were being kept down and kept in check by sharks.”

California is one of nine U.S. states that have implemented a ban on shark fin sales.

When California Gov. Jerry Brown signed the bill into law in 2011, Hawaii, Oregon and Washington had passed similar laws. Since then, New York, Illinois, Massachusetts, Delaware and Maryland have also approved bans.

But state bans, by themselves, aren’t enough to curb demand, said environmentalists. Groups like WildAid have focused their attention on mainland China, where economic growth since the 1990s has created a middle class 300 million strong that can afford luxury items like shark fins.

To counter demand, WildAid has been running public service announcements starring famous Chinese figures. In one, former NBA player Yao Ming pushes away a bowl of shark fin soup as he says, “When the buying stops, the killing can too.”  And larger forces in China are also helping to reduce shark fin sales. In 2013, the Chinese government banned shark fin soup from government banquets, in an effort to reduce corruption. Businesses would serve the soup as a way to curry favor with officials. WildAid believes the PSAs and the ban in China have brought down the price of shark fins.

“We had people go undercover to fishing villages in Indonesia,” said Knights, “and what we found there was that between 2007 and 2014 the price that the fishermen were being paid for the shark fin had dropped by 80 percent. And therefore the fishermen were deciding not to target sharks anymore.”

Bird’s nest soup isn’t devoid of controversy. For starters, swallows make the nests with their spittle.

“If you ask my children, they’ll tell you that’s really gross,” said So with a laugh.

The harvesting of bird’s nests might impact swallow populations, but the impact to swallows is nowhere as negative as the impact of shark fin soup on sharks, said Knights.

Gloria So said her family was OK not serving shark fin soup at her mother-in-law’s banquet, and that they understood the need to protect shark species. But she said that she wished that instead of banning shark fins, lawmakers had focused on educating the public.

The restaurant’s owner is even more unhappy with the ban. Although Ng is complying with the law, he supports the Chinese Neighborhood Association’s efforts to overturn the ban.  The San Francisco nonprofit group argues that California allows every other part of the shark except the fin to be sold in the state, and that nearly 170,000 pounds of shark were legally caught in the state’s waters in 2013.

“There shouldn’t be a reason why they can’t use the fins from sharks that are legally caught in California and U.S. waters,” said Joseph Breall, the group’s lawyer. “My clients have no problem with the objective of stopping finning in foreign waters. But the fact that fins legally caught in U.S. waters have to be discarded, it makes no sense.”

The group also argues that the ban discriminates against Chinese-Americans.

“Shark fin has been a gourmet, prestigious ingredient for Chinese banquets,” said Ng. “So when they ban shark fins, I feel like it’s discrimination.”

A federal judge ruled in 2014 that the ban isn’t discriminatory. Breall said the group is appealing the judge’s decision before the Ninth Circuit Court of Appeals, in San Francisco.

Ng said he hopes that shark fins will one day be legal in California again. Meanwhile, when patrons ask him where they can get shark fin soup, he recommends they visit Nevada, where it’s still legal.

This video was originally produced by Christopher Bauer and was updated by Gabriela Quirós and Monica Lam. 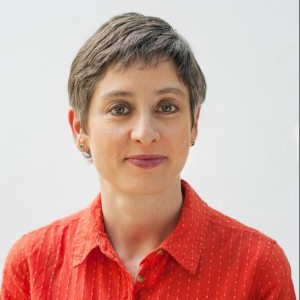