In the basement of a startup lab in San Francisco, scientist Kyle Taylor stands in a dark, windowless room.

“I kind of like to have a big reveal,” he said, taking out a small plant that shined like a nightlight. The mouse-ear cress had been injected with firefly DNA so it emitted a soft green glow.

“It looks like it’s getting brighter, but actually your eyes are adjusting,” he said, “although one day we hope to make the plants emit more light.”

Taylor is the biotechnologist behind Glowing Plants, a synthetic-biology startup company that plans to sell engineered seeds to the public in December.

To create the glow, Taylor uses a gene gun filled with high-pressure helium to blast a DNA sequence into small plant cells on a petri dish.

The sequence contains luciferase, the light-emitting compound found in fireflies.

Less than 1 percent of the tiny plants accept the genes, but the successful ones mature and start emitting light after two months.

“If we can get trees bright enough to be used for lighting, that would be awesome and mean less carbon dioxide emissions.”

Trees also can also live for hundreds of years, he added, meaning they wouldn’t need to be replaced as often as roadside lights.

Evans’ vision for the trees and shrubs centers around a paradigm shift about genetically modified organisms.

“We want to change the perception around GMOs,” said Evans. “We want to make them cool and interesting.”

To achieve this, Evans wants to create glowing aromatic plants and plants that repel bugs, or even plants that produce milk. He sees this as a way to dispel the public skepticism and controversy directed at genetic engineering.

“A kid who grows up with a glowing plant in his bedroom won’t have a fear of technology,” he said.

Evans and Taylor aren’t the only ones who hope to see glowing plants on bedside tables or lighting up rooftop gardens.

The project is also receiving support from Y Combinator, a prominent venture capital fund in Mountain View, CA, that pumped $120,000 into the project in May.

Evans’ company is taking pre-orders, which are priced at $40 for a batch of 50 to 100 seeds. But the idea of turning plants into virtual light bulbs has raised concern among some environmental groups.

“This is a new technology we haven’t seen before,” said Dana Perls, a food and technology Campaigner for Friends of the Earth in Berkeley. “There’s no assessment about the potential impact on the environment.”

Federal and state laws pertaining to bioengineered plants are inadequate, according to Perls. “These plants are virtually unregulated,” she said.

The Plant Protection Act, a federal law, requires that organisms which might harm plants may not be engineered or inserted into plants and distributed without regulatory approval.

Mouse-ear cress and luciferase are not considered harmful according to the United States Department of Agriculture. However, agrobacterium, bacteria the company initially used to insert firefly DNA, is considered a plant pest.

Evans said he is unsure whether he’ll use agrobacterium in the final product, but if he does, the company will need to apply for a permit.

“The Glowing Plants guys ran a truck through scant regulations around genetic engineering,” he said.

Critics are worried that the plants will spread with unknown effects on soil, pollinators, native plants and other wildlife.

Last year ETC Group and Friends of the Earth sent a letter to Kickstarter and the USDA asking them to shut the project down. Kickstarter has since banned GMOs being given out as rewards for project backers.

Responses from the USDA’s Animal and Plant Health Inspection Service, which has jurisdiction over the plants, have been vague.

When asked for comment, APHIS spokesperson Ed Curlett said in an email, “If plants are not plant pests, then APHIS would have no reason to regulate these plants.  Without knowing exactly how these plants are being developed, we cannot say at this point if they fall into the category of being a plant pest.”

Despite the opposition, Evans believes that glowing plants are a rare opportunity for scientific advancement.

“The plant isn’t just a plant,” said Evans. “We see it as a symbol of an enlightened new future where humanity can use biotechnology to achieve both fun, creative aims but also solve big challenges around food, energy, and water security.” 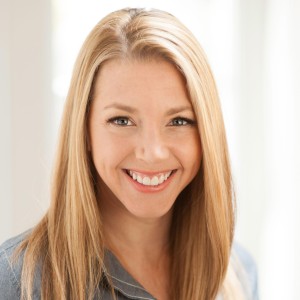 Lindsey Hoshaw is an interactive producer for KQED Science. Before joining KQED, Lindsey was a science correspondent for The New York Times, The Boston Globe, Forbes and Scientific American. On Twitter @lindseyhoshaw