Every year about 85 million gallons of a toxic waste that is known to promote cancer is carefully painted across about 170 square miles of American cities and suburbs, a swath as big as the city of New Orleans.

As incredible as that may sound, that’s the conclusion squarely presented by a growing body of research that looks at a gooey black pitch made from a substance known as coal tar. It’s a kind of creosote, the stuff used to weatherproof telephone poles and railroad ties.

It’s also one of the two main ways Americans use to “seal” asphalt parking lots and driveways. It makes the asphalt look blacker and is intended to keep the pavement from wearing away so fast. Researchers are most interested in a class of chemicals contained in asphalt sealers known as “polycyclic aromatic hydrocarbons,” or PAHs. And coal tar-based sealers are dangerous enough in the opinion of some local and state governments that they have been banned. In 2011 Washington became the first state to forbid the use of this kind of sealant, followed by Minnesota  last year.

If you’ve ever walked by a parking lot or driveway that’s recently been sealed with coal tar, your nose most likely told you so. The “aromatic” part of PAHs means that you can smell the chemicals emanating from the recently sealed pavement , especially when it bakes in the sun. Recent research shows that large and potentially dangerous amounts of these harmful chemicals are released into the air in the days, weeks, and even months after the pavement is sealed – more, in fact, than what is put out by all the cars in the country.

Scientists also looked at what happens to the toxic coal tar sealants after they have sat on the asphalt for a few months or years and start to peel off in tiny bits. Car tires, rain, foot traffic, snowplows, and the freeze/thaw cycle all cause tiny bits of the sealant to “abrade,” as scientists say. Little bits of the black stuff flake off.

Research shows some of it gets tracked off the parking lots and driveways and into people’s homes. Scientists at the U.S. Geological Survey (USGS) found that the most dangerous coal tar component , a PAH chemical called benzo[a]pyrene, was in driveway dust at two suburban single-family homes at thousands of times the level that would trigger a cleanup at a toxic-waste site.

The United States has no standard for benzo[a]pyrene in house dust, but Germany does: an official guideline of 10 parts of the chemical for every 1 million parts of dust. In the USGS’s tests of apartments near parking lots sealed with coal tar, more than one-third of the apartments showed levels of the toxic chemical exceeding that standard. House dust levels were much lower in apartments located next to parking lots coated with other kinds of sealants, which are based on asphalt and contain thousands of times less PAHs.

Further research revealed that growing up with toxic dust from a coal tar-sealed parking lot next door could cause a child to face a 38-fold increase in lifetime cancer risk. It’s especially toxic to kids under age 6. The levels measured exceed those the EPA considers worthy of cleanup at toxic waste sites, because they are likely to cause cancer in more than 1 person out of every 1,000 people exposed, researchers reported.

Other studies have shown that the runoff from the coal tar-sealed lots harms critters in freshwater streams where it ends up, affecting their development and reproduction and reducing the populations and the number of species able to live in affected streams.

The growing body of research around asphalt sealants was pioneered by Barbara Mahler and Peter van Metre, a husband-and-wife team of researchers for the USGS in Austin, Texas. Many other researchers from more than a dozen other governments and universities also investigated.

The sealant industry questioned their findings. In reaction to the work by these government and university researchers, the trade group of asphalt sealers, the Pavement Coatings Technology Council, has sponsored its own body of research. One industry-sponsored critique went after the USGS researchers, saying,in general, that in their work, “effects have been exaggerated and uncertainties have been minimized.”

PAHs are produced by many sources, the industry pointed out. Any organic matter that is burned – gasoline, for example – puts out PAHs. But the USGS team and its collaborators said the chemical “fingerprint” they are finding in, for example, sediments at the bottom of lakes near coal tar-sealed pavement, looks very similar to the PAH “fingerprint” in sealants made with coal tar.

Although only two states have banned coal tar sealants, more than 40 local and state governments forbid application of the coal tar-based sealants, according to the blog coaltarfreeamerica.com, which tracks the bans and is crusading to have the sealants outlawed nationwide. Some of the first local governments to ban the coal tar sealants were Austin, TX, Washington, DC, and Madison, WI, and surrounding Dane County.

In a recent webinar for researchers and others interested the topic, Mahler, the USGS researcher, reviewed the findings to date. Other scientists on the call suggested further work, such as looking into how the sealants are affecting creatures in salt water, and analysis of isotopes of the chemicals involved.

Mahler agreed, telling the other researchers, “There’s a lot of really fruitful areas for research that have to do with this subject.” 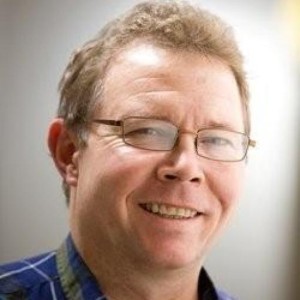 Robert McClure is executive director of InvestigateWest, a nonprofit newsroom in Seattle specializing in the environment, public health and government accountability for the Pacific Northwest and British Columbia. A veteran newspaper reporter with a quarter of a century on the environment beat, he is a winner of the John B. Oakes Award for Distinguished Environmental Journalism and serves on the board of the Society of Environmental Journalists. Robert was named in 2013 as one of Seattle Magazine’s “most influential” people in Seattle.