In the northernmost city of the United States—Barrow, Alaska—the treeless, flat tundra looks stark and forbidding to many people. The permafrost (permanently frozen soil) is only capable of supporting plants like moss, heather, and lichen, and the temperatures can drop to minus 60 degrees Fahrenheit.

However, this tundra is a mecca for climate scientists like Margaret Torn, co-lead of the Climate and Carbon Sciences Program at Lawrence Berkeley National Laboratory (Berkeley Lab).

“[Alaskan permafrost] has been storing carbon for a long, long time. But that carbon can be decomposed and released as carbon dioxide very quickly when the conditions are right” –soil scientist Margaret Torn

Torn just returned from performing field experiments near Barrow. She is part of the 10-year Next-Generation Ecosystem Experiment, a large collaboration among scientists and engineers who are trying to better understand the Arctic’s terrestrial ecosystem so they can improve vital climate predictions.

These scientists are finding new ways to study this complex ecosystem, including looking deep into the soil.

Soils are an important part of the carbon cycle. In the natural carbon cycle, carbon dioxide is taken up by plants and photosynthesized. If the plants aren’t harvested for food or fuel, they decay and their organic matter makes its way to the soil. There, it is processed by tiny microbes—bacteria and fungi—that release the carbon dioxide back into the atmosphere.

Soils are also a long-term reservoir of carbon. Carbon cycles very slowly deep in the soil, where it can remain for 50,000 years. So, a critical question is, how long will soils contain these rich deposits of carbon? Will the carbon stay put or will it enter the atmosphere in the near future, greatly amplifying climate change?

The Arctic’s tundra is an area that is particularly worrisome. Cold temperatures suppress microbial growth, which helps trap the vast stores of carbon in the soil. But global warming is causing the permafrost to thaw, triggering the microbes to become active and release carbon dioxide into the atmosphere.

Torn’s group drills wells in the Alaskan ground to directly measure the flow of carbon dioxide and methane from the land to the atmosphere.

However, this summer they found that in some areas specialized microbes consume this methane before it is released, so carbon dioxide is released into the atmosphere instead.

This is good news for the environment because carbon dioxide is a less potent greenhouse gas than methane.

They also take soil core samples from different regions in Barrow and then incubate them at different temperatures at Berkeley Lab.

They find that each handful of soil has thousands of different kinds of microbes and billions of cells that respond differently to the environment. They also determine the age of the carbon in the samples by using carbon-14 dating.

“One thing we’ve seen this summer is that the carbon that is being decomposed just above the permafrost is more than 2,500 years old,” says Torn.

“So, this place that we’re studying has been storing carbon for a long, long time. But that carbon can be decomposed and released as carbon dioxide very quickly when the conditions are right.”

These results have been validated by other recent experiments, but they contradict the old belief that carbon hidden deep in soil will remain there forever due to the soil’s material properties.

“The field is evolving rapidly. We’re trying to unravel the mystery of why we see older carbon in the soil, trying to create a more realistic view,” explains Torn. “It is more complex. It’s the interaction between the entire ecosystem and the material properties that’s important.”

Of course, the more complicated, realistic view makes climate modeling more challenging. Climate models are computer programs that simulate how the climate has changed in the past and how it will change in the future. They are critical to understanding our planet and how to limit the impact of human activity upon it.

But scientists know that their climate models are wrong when it comes to soil carbon. This is why scientists need new data, like the data they’re acquiring in Alaska, to test and improve their models.

“We can do so much better than we’re doing,” says Torn. “So, we feel pretty confident that we can make improvements. It may not be perfect, but our work is going to make predictions more robust and believable.” 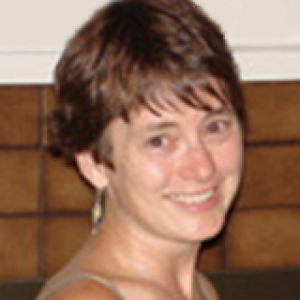