Water from the Delta has been fought over for more than a half century. Reporter Lauren Sommer sat down with Barry Nelson, the Senior Policy Analyst for the Natural Resources Defense Council to discuss the future of the Delta and California’s water supply.

For another viewpoint, check out this Q&A with Jason Peltier of the Westlands Water District or see the rest of our series coverage.

When were the first signs that the Delta ecosystem was in trouble?

Since the 1960s, we’ve seen a steadily growing trend of diversions from the Delta. If you look at long-term averages, you filter out the impacts of droughts and wet years, we’ve taken more and more and more water from the Delta pretty steadily for the last 50 years, and that really hit a crisis point in the ‘90s. That’s the point at which we started seeing the winter-run salmon and the Delta smelt being protected under the state and federal Endangered Species Act.

And ten years ago, things really changed dramatically. Starting in 2000, suddenly we started taking a lot more water out of the Delta for a lot of reasons. It was an enormous increase, about a 20% increase on average. And the ecosystem crashed. It was called the “pelagic organism decline.” But what it meant was pretty simple: that everything swimming in the Delta was in deep trouble.

So now we’ve got half a dozen species in deep trouble in the estuary and a fishing industry that’s honestly fighting for survival.

What caused their decline?

A lot of work has been done looking at this catastrophic, across-the-board, collapse of the Bay Delta ecosystem. And the bottom line was recognition that, while there are lots of stressors, there are pollution problems in the ecosystem. We do have invasive species like clams that have come from overseas. But the core problem is the amount of water we pump out of that system.

There was a huge fight in the courts over this issue. And ultimately, the courts and then the agencies imposed a new set of rules that really have returned us to the level of pumping we saw for about 30 years prior to the 2000’s.

And what were those rules on pumping?

Starting in 2000, suddenly we started taking a lot more water out of the Delta for a lot of reasons. It was an enormous increase, about a 20% increase on average. And the ecosystem crashed.

Basically, the federal rules control two things: the amount of water that flows all the way through the ecosystem into the Bay in order to maintain a healthy ecosystem and the extent to which some of the channels within the Delta flow backwards.

The pumps in the south Delta are so powerful that they literally reverse the direction of flow in these Delta channels. And if you’re a young migrating salmon swimming downstream towards the ocean as Mother Nature programmed you, when the Delta channels are flowing the wrong direction, it’s very easy for those fish to follow that water and get sucked right into the pumps. And that’s why those pumps have killed in the last decade or so not a million fish, not tens of millions of fish, but over a hundred million young fish killed just at the pumps.

So if you could design your ideal plan for the Delta, what would that look like?

First, we know we need to see some real habitat restoration in the Delta. We’ve converted almost every scrap of habitat in the Delta to farmland, and in order to restore a healthy Delta, we need to return some of that to habitat. And actually I think that’s something where there’s a fair amount of agreement. How you do that is not trivial, but I think there’s a fair amount of agreement around that. And given the challenge of maintaining all of the existing levees in perpetuity, the question is: are we going to do it in a planned and thoughtful way?

Second, we really don’t have a choice but to maintain a lot of our Delta levees for a couple of decades. It’s going to take a long time to make major changes in the Delta. And there is so much infrastructure, the Delta communities, Delta farming, and water supply that depend on Delta levees today.

Third, from our perspective, the challenge we face in terms of exporting water from the Delta is first figuring out how much water we can safely pump from the Delta. And then designing a facility around that.

You’re talking about the “peripheral canal,” right? A canal or tunnel that would take water around the Delta?

Well, there are two conflicting visions for a facility in the Delta. One is the old plan. Fifty years ago, the state of California was planning to build a peripheral canal around the Delta, an enormous facility that would allow those pumps in the south Delta to take water from the north Delta and pump it around the Delta rather than through Delta channels. And that was really a simple proposal to simply take more water from the ecosystem. We know now that that, the amount of water that that would have taken would have been devastating to the ecosystem.

That’s the old version of the canal. But there’s a new version out there. And that is a proposal to deal with earthquake risks in the Delta. It’s to deal with the fact that there really are earthquake risks in the Delta that represent significant threats to water supply. And a facility could provide a lifeline in case the Delta was to temporarily fail. What we’re struggling with right now is that we have competing interests in California advancing two different visions for what the problem is in the Delta.

With such a long history of disagreement, what are the chances of agreeing on a plan?

There’s a reason that the discussion on the Delta is so politically heated that people don’t usually talk about. And that is California is out of rivers. If you look around the state of California at the Colorado River and the Klamath River and the Trinity River, the Owens River, the San Joaquin, on and on, we’ve really started to hit real hard physical limits in the amount of water we can take out of all of those rivers.

Ten years ago we weren’t paying enough attention to sea level rise impacts. We weren’t really thinking about earthquake risks in, in the Delta. So there really is a sense that we need to figure this problem out this time. 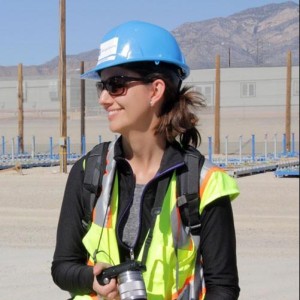