Who ya gonna call? Stanford Genetics.

I know, I know…hokey title, hokey caption. But in many ways it’s true.

Albino redwoods have been called the ghosts of the forest. And scientists from Stanford’s Department of Genetics are on the trail to figure out why these trees have white leaves instead of green.

This all started with a Science on the SPOT story about the albino redwoods by Chris Bauer right here on QUEST. In his accompanying blog post about these “ghost trees”, he wondered aloud if any geneticists might be interested in trying to figure out what was going on genetically with these pale trees.

I was intrigued enough that I decided to ask the chair of the Department of Genetics, Dr. Mike Snyder, if he was interested in tackling the problem. By chance, he knew of a scientist in the department, Dr. Ghia Euskirchen, who was also interested in the redwood genome.

In the old days, figuring out what exactly was going on at the DNA level of something as complicated as a redwood would have cost way too much time and money to make a study like this worthwhile (if it was even possible at all). Nowadays things are simpler but still no walk in the park. Instead of elegant, time consuming experiments to pinpoint where the problem might be, scientists will use a more brute force method. They will simply sequence all of the DNA of albino and normal redwoods and compare them.

Sequencing is cheaper, simpler, and less time consuming than the old ways but this isn’t CSI. We’re not going to have answers right after this commercial break. It could still take a couple of years to figure this out. Or, if the biology doesn’t cooperate, even longer.

And the only reason we have a chance to do this so “quickly” is because redwoods can reproduce asexually. In other words, they can throw off clones of themselves.

It just so happens that occasionally, a few of these clones end up albino. What this means is that there shouldn’t be a whole lot of differences between the albino and wild type clones. This should make finding the change that caused the albinism relatively easy. That’s the hope anyway…

I am sure you’ve already started to think how weird it is that a clone ended up different from the original. After all, by definition, clones should be the same. One letter change turns this watch into a cheap knock
off. The same thing may be going on with albino
redwoods but with DNA letters.In real life, though, clones are not the same as the original. They are more like subtle knock-offs. For example, cloned cats look similar but have different personalities. Same thing with garden variety human clones—identical twins.

So how does a clone end up different from the original? There are many possibilities, here are two:

1. The DNA is different. Even though a clone is really just a copy of the original, cells aren’t perfect at making copies of themselves. You try copying the 30 billion letters of redwood DNA and see how well you do! Most of these changes don’t matter but if one happens to hit and damage one of the hundreds of genes involved in making a redwood green, then you’ll get a white tree.

2. The DNA is used differently. All the cells in a redwood have the same DNA but a root is very different from a leaf. These differences come about because each cell uses its DNA differently. The environment can also affect which gene a cell chooses to turn on and to what level. This is often done with differences in something called methylation which scientists can detect. It may be that methylation has shut off a key gene involved in turning redwood leaves green.

Watch out for at least one more blog on this topic from me dealing with bits of DNA outside of the nucleus that may be involved. And for Chris’ upcoming story on how Stanford scientists are going about solving this albino mystery. 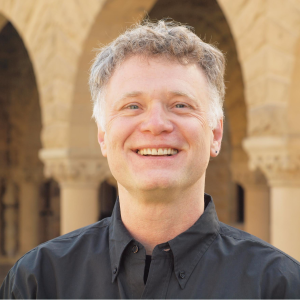