Do teens today identify with political parties, or are they redefining political action? What does being politically active mean to you? #DoNowPolitics

Be sure to include @KQEDedspace and #DoNowPolitics. Remember: Back up your argument with supporting evidence. Link to legitimate sources that support your view.

Go here for more tips for using Do Now, using Twitter for teaching, and using other digital tools.

Learn More About Teens and Politics

When it comes to civic engagement, young people today are a bit of a puzzle. On the one hand millennials are less likely to identify with a particular political party than any previous generation, according to a recent Pew study. On the flip side, having grown up with digital media, many are expert at engaging friends, classmates and community members online in support of the political issues they care about.

When Youth Radio’s Desmond Meagley was a kid, he thought joining a political party was part of everyone’s duty as a member of society. But now that he’s 18 and about to be a first-time voter, he doesn’t think teens need political parties to make change. “My own political involvement mostly happens in front of a computer screen,” he says. “When an online movement like BlackLivesMatter can force police departments to review their tactics, it’s clear that joining a political party isn’t the only way to make change.”

Meagley isn’t the only one. Another study about young people’s political activities found that 41 percent of young people have engaged in at least one act of “participatory politics.” What does that mean exactly? The study defines participatory politics as “interactive, peer-based acts through which individuals and groups seek to exert both voice and influence on issues of public concern.” In other words: lots of teens are online, connecting to one another to make a difference about issues they feel passionate about.

Below are suggestions for discussion prompts to encourage deeper thinking about the Do Now topic:

So what happens when young people use social media to start political movements? While the effectiveness of some strategies, like changing your profile picture, remains debatable, other efforts have resulted in real-life results. For example, recently, football players at the University of Missouri announced via Twitter that they would refuse to play until the school’s president, Tim Wolfe, was removed from office. The players were joining forces with another student protester, who was on hunger strike, who objected to the way school administrators had handled a series of racist incidents on campus. Shortly after the announcement, both Wolfe and the University’s chancellor resigned their positions.

Social media can also fuel other youth-driven political strategies, such as student groups pressuring college administrations to divest from industries that profit from social issues ranging from apartheid to fossil fuels. Divestment causes are on the rise at colleges across the country, and yield mixed results. Last December, the University of California (UC) sold off $2 million of its investments in private prison corporations after receiving pressure from the student organization Afrikan Black Coalition (ABC). Whatever the end result, these tactics help raise awareness of the causes young people are rallying behind.

ONLINE: How Black Lives Matter uses social media to fight the power (Wired)
This multimedia build documents the growth and tactics used by the Black Lives Matter movement to mobilize advocates via social media. “If you’re a civil rights activist in 2015 and you need to get some news out, your first move is to choose a platform. If you want to post a video of a protest or a violent arrest, you put it up on Vine, Instagram, or Periscope. If you want to avoid trolls or snooping authorities and you need to coordinate some kind of action, you might chat privately with other activists on GroupMe. If you want to rapidly mobilize a bunch of people you know and you don’t want the whole world clued in, you use SMS or WhatsApp. If you want to mobilize a ton of people you might not know and you do want the whole world to talk about it: Twitter.”

WEBSITE: Millennials and Political News – Social Media – the Local TV for the Next Generation? (Journalism.org)
This website breaks down the different ways various generations digest news content. “When it comes to where younger Americans get news about politics and government, social media look to be the local TV of the Millennial generation. About six-in-ten online Millennials (61%) report getting political news on Facebook in a given week, a much larger percentage than turn to any other news source, according to a new Pew Research Center analysis. This stands in stark contrast to internet-using Baby Boomers, for whom local TV tops the list of sources for political news at nearly the same reach (60%).”

RESEARCH: Youth and Participatory Politics: New Media and Youth Political Action
Lots of research and resources here for teachers looking to understand and build support for new ways to approach civic education in the digital age.

Do Next takes the online conversation to the next level: these are suggestions for ways to go out into your community and investigate how the topic featured in this Do Now impacts people’s lives. Use digital storytelling tools and social media to share your story and take action. Make sure to tag your creations with #DoNowPolitics. 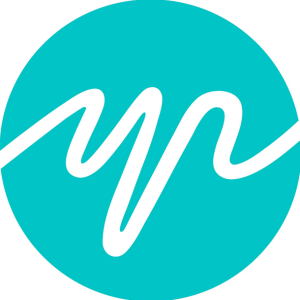