You and your friends are out to eat at your favorite Asian restaurant. But before you dig into that fantastic dish of noodles — whether it’s Korean guksu, pad Thai, Japanese ramen or Chinese chow mein — you’ve just got to take a picture of it, to share and savor the meal forever with foodies online everywhere. Click. Flash. Post. Chew. Yum.

In the new documentary Off the Menu: Asian America, director Grace Lee uses that moment of click, not as the delicious endgame of finding a satisfying meal, but rather as the point of departure: Who made the food? Where was it grown? Is it authentically Asian? Lee and her crew traveled to four states (New York, Wisconsin, Hawaii, Texas) in search of answers to these questions.

The film highlights the diverse and eclectic culinary responses of an Asian American diaspora adapting to or modifying Asian cuisine to each region (tofu tamales in Texas, for example). Lee talked with me about the making of the film and updating the definition of what it means to be Asian American today.

In foodie culture, everyone takes and posts pictures of the food they eat. But you decided to raise the camera up, away from the plate and onto the people who produce our food.

One of the easiest ways for people to access Asian, or Asian American culture is through food, or restaurants or being foodies. That’s something I’ve observed as an Asian American. Growing up in the Midwest,  we did not talk about the food  we ate  because it was too weird and foreign. But now everyone has embraced kimchi. The dish is very much a part of who we were, and an integral part of our family and our life, but it’s now mainstream, like the condiment Sriracha.

Part of what this film explores is that even though you can take pictures of your food, how much do you really know about the person who made that food, the person who grew that food and the story behind it?

Informally, I have been asking people over the years, “Why do you take pictures of your food?” Because I’ll do it occasionally, but I’m not obsessive about it. I think that they don’t want to forget what they’ve eaten and they’re trying to articulate the meaning of food to them and how it relates to who they are.

The picture itself then represents what is special.

Right. I was once in a college class talking about another film, a documentary about social justice. The students liked the film, and then they asked, “What are you working on now?” I said, “I’m making a film about food.” All these kids, they just lit up and they couldn’t stop talking. They all talked about why they take pictures of their food. They were engaged, and it was exciting to them because it’s not high pressure to eat food. It’s fun to go to a restaurant or go to a food truck. It may be the entré into talking about other things.

Why didn’t you talk about food growing up in Missouri? Were there few Asian Americans there?

There  actually were quite a few immigrant families like my own.  There are pictures of backyard picnics and the Korean church, which was where I had access to Korean food and community. But it was definitely separate from what I experienced in my white-bread world outside my home and the immigrant community I grew up in.

What more can you tell us about the concept of “mana” that Hi’ilei Kawelo introduces us to in Hawaii?

Coming home from school,  relatives or my parents would often ask, “Have you eaten?” not “How are you doing?” It’s more important to know that you’ve been nourished and fed. This has nothing to do with mana, but it speaks to the idea that food is more than just a meal. It’s connected to your well being. Also, when I would visit my grandparents in Korea, my grandfather practiced ancestor worship, which means respecting the dead on certain days and laying out a whole table full of specific foods as an offering to your ancestors. It’s  using food to respect tradition.

The film contends with the idea of what’s authentically Asian American, such as Fung Tu’s French-influenced Chinese cuisine.

When you talk about what is Asian America or what is an Asian American sensibility, how can you actually define that? I don’t even know how to define Asian American, to be honest, but the film is a way to explore what that evolving concept means. Gary Chiu, with the tofu factory in Houston, says, “My experience is only a thin slice of what Asian American cuisine or Chinese food is,” and I feel the same way. Jonathan Wu really embodies it when he says, “Okay, it’s not technically Chinese, but Chinese people might have a way to connect with it.” .

At a recent screening, somebody asked “Don’t you think it’s dangerous if you start mixing things, diluting what Asian is?” My response was “That’s already happening now.” It’s like saying there’s only one definition of what Asian can be. Everything here is so Americanized.

The story set in Wisconsin centers on a South Asian community. Do they self-identify as Asian American?

The concept of Asian American was coined in the 1960s with ethnic studies and Asian American activists. Back then it was more heavily East Asian, Japan, Korea, China. But India is definitely part of Asia, and Indians have always been Asian American to me, I think mostly because I’ve known South Asians who identify as Asian American. Organizations like the Center for Asian American Media (CAAM)   presents stories from East Asia, South Asia, Southeast Asia and the Middle East. It’s a huge range.

We didn’t have time to go into it, but all of the Hawaiian people in the story, they’re all mixed. The spear-fisher father, his mother is Chinese. Cheryse is Filipino, Hawaiian, everything. Maybe we’re all moving toward Hawaii. The mixing is where new things emerge. Even my son, who is half Korean, identifies as Asian American. If he’s not Asian American then who is?

Find out when Off the Menu: Asian America is airing on KQED. 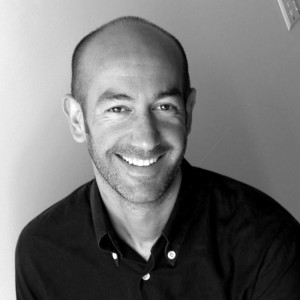 Jeffrey Edalatpour's first published article was a 1999 film review of Pedro Almodovar’s All About My Mother. Since then, his writing about arts, food and culture has appeared in a variety of print and online publications, including: KQED Arts, Metro Silicon Valley, Interview Magazine, Berkeleyside.com, The Rumpus and SF Weekly. His favorite Iris Murdoch novels (in no particular order) are The Bell, An Unofficial Rose andThe Black Prince. In other words, his home library is an anglophile’s dream.